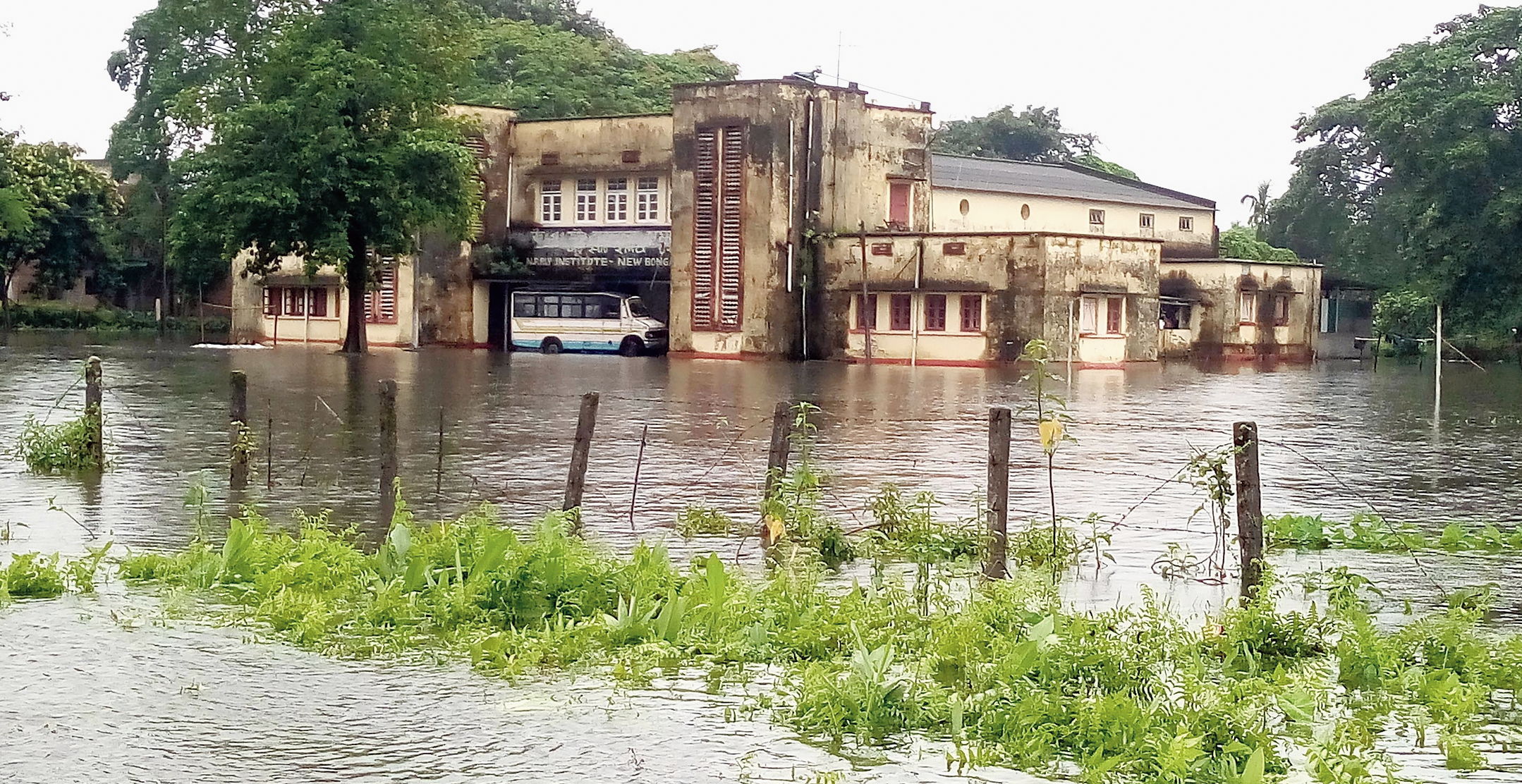 The toll in the Assam floods climbed to 67 on Monday with reports of two more deaths, one each in Dhemaji and Dhubri districts. Nearly 31 lakh people in 18 districts remained affected by floods in addition to 1.14 lakh hectares of cropland. The number of affected people was 38 lakh on Sunday, while relief camps came down to 96,000 from 1.15 lakh on Sunday.

On Monday, the Brahmaputra was flowing above the danger level at Neematighat in Jorhat and Jia Bharali river in Sonitpur. Several districts received heavy rainfall, including Nagaon, Golaghat, Sonitpur, Lakhimpur, Dhemaji and Jorhat.

More than 18 riverine border outposts in Dhubri sector in Assam across the India-Bangladesh international border are completely submerged, making patrolling a tough challenge for BSF personnel.

In the prevailing situation, boats are the only option. “Floods mean a worrying situation for BSF jawans posted at different outposts across the mighty Brahmaputra and its tributaries,” a jawan said.

Incessant rain and rising water levels of most of the rivers, including the Brahmaputra, have already wreaked havoc across Assam with flash floods and erosion disrupting life in villages and affecting the BSF jawans at the riverine outposts close to the Bangladesh border and on the bank of the Brahmaputra.

The camps are submerged in floodwaters, prompting them to shift to boats. It has made border vigil against infiltrators and other criminals a daunting task. Border outposts like Birsing Char, Mahamaya char, Shishumara, Barmanpara, Mantrichar, Old Dewanr Alga, among others, are submerged.

Commanding officer of 67th battalion Rajiv Dua said: “Despite having problems, our jawans are continuously assisting local people residing in the border villages.” More than 16 lakh people have been affected in the recent wave of floods in Dhubri and South Salmara Mankachar districts of lower Assam.

So far around 1,000 villages are affected and 50,000 people have reportedly taken shelter in 200 relief camps besides on different highlands across undivided Dhubri district.

The Asameralaga international border road between Shishumara and Sahapara border outposts in South Salmara Mankachar district has been washed out in the recent wave of floods.

On Monday, Assam’s additional director-general of police, Bhaskar Jyoti Mahanta, visited the border areas and took stock of damaged international border roads with top officers of the BSF and the district administration.

Hailakandi deputy commissioner Keerthi Jalli asked all departments to remain in a state of preparedness for the next wave of floods. She asked the officials of the water resources department to plug breaches and strengthen the embankments. Although floodwaters have started receding, there are reports of more deaths from different parts of the state.

West Siang district headquarters, Aalo, was however, hit by an unprecedented water crisis due to extensive damage to the water supply source following incessant rain.

In Hojai, there were allegations that Kumrakata gaon panchayat ward 6 member Namita Das and booth panchayat president and her husband Shankar Das were involved in illegal collection of funds in the name of flood relief. Locals alleged that in order to provide flood relief aid this ward member has been demanding photo copies of voter cards, bank passbooks as well as Rs 100 and above from them. The locals appealed to the district administration to take necessary action and conduct a proper inquiry into this “illegal collection of funds in name of flood aid”.

Namita Das and her husband, however, denied the allegations.

Health alert: The Dibrugarh district administration has started distributing halogen tablets among flood victims to prevent vector-borne diseases. Altogether 102 villages with over 62,000 people have been affected in the recent wave of floods in district.