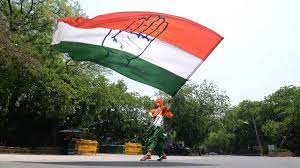 The AIUDF said the “unilateral” decision of the Congress was unfortunate and it would only make the BJP stronger.
File picture
Umanand Jaiswal   |   Guwahati   |   Published 31.08.21, 12:56 AM

The Assam unit of the Congress on Monday unanimously decided to snap its alliance with the AIUDF formed before the March-April state Assembly polls won by the BJP-led alliance.

A statement released by the Assam PCC after its core committee meeting also said it would send a proposal to the AICC leadership on its resolution to end ties with the AIUDF. The AICC had played a key role in forging the alliance.

The committee based its decision on the AIUDF’s “behaviour and attitude in relation to the BJP” which had “baffled” the Congress rank and file.

Most in the Congress also feel the alliance with the AIUDF could cost the party dear in the pending byelections to five Assembly seats.

“The AIUDF leadership and senior members’ continuous and mysterious praise of the BJP party and the chief minister has affected the public perception of the Congress party... after a long discussion the core committee members of Assam Pradesh Congress Committee unanimously decided that AIUDF can no longer remain an alliance partner of the Mahajot and in this regard will send an intimation to the AICC,” said the statement released by media department chairperson Bobbeeta Sharma.

The AIUDF said the “unilateral” decision of the Congress was unfortunate and it would only make the BJP stronger.

“We have opposed the BJP in the past and will continue to oppose the BJP in the future. Instead of weakening the Mahajot, Congress should have strengthened it,” said AIUDF spokesperson Haider Hussain Bora.

The PCC core committee also discussed ties with the BPF because the latter has “expressed their unwillingness in various forums to remain in the Mahajot”. The committee entrusted Assam PCC president Bhupen Kumar Borah to take a decision and intimate the high command.

That the Congress would end ties with the AIUDF became clear when Congress MP Gaurav Gogoi released a statement on August 27 after a one-on-one meeting with Borah.

“I believe it is time for the Indian National Congress party in Assam to be independent of the Mahajot. The Congress party is the only party that can take on the BJP. For that we need to strengthen our party organisation across Assam including those constituencies where there are MLAs of the Mahajot. The Mahajot was finalised a few months before the 2021 elections. Prior to that the party has fulfilled its duty as an Opposition party on its own,” Gaurav had said.

He had added: “Going forward inside the Assam Assembly, the party may still consult with other Opposition parties if and when the BJP government brings anti-people policies. People have huge expectations from the Congress party and if we will fulfil them, we will form the next government in 2026. I conveyed these sentiments to the APCC president Bhupen Bora today in a meeting with him.”

His father — and former chief minister late Tarun Gogoi — had played a key role in forging the alliance despite opposition from several Upper Assam MLAs.

The Congress-led Mahajot could win only 50 seats of the 126 seats in the Assembly polls, handing the BJP-led pre-poll alliance a second straight term.

The defeat was attributed mainly to the “rejection” of the Congress in Upper Assam, mainly due to its alliance with the AIUDF, and “vote cut” by the two regional parties — Raijor Dal and Assam Jatiya Parishad (AJP) — in at least 17 seats.

The AIUDF is seen in Upper Assam as a party supporting the cause of illegal Bangladeshi migrants, a perception it had tried to remove by becoming a part of the Mahajot but failed.

The Congress had on January 19 announced the pre-poll grand alliance (Mahajot) comprising six parties, including the AIUDF, to take on the ruling BJP in Assam Assembly elections.

The Congress won 29 seats out of the 95 it contested and the AIUDF bagged 16 out of the 20 it fought, gaining more out of the alliance than the key player.

Those backing the Congress–AIUDF alliance had said the BJP-AGP-BPF together had a vote share of 41.9 per cent in 2011 while the Congress and the AIUDF had a 44 per cent vote share — 31 and 13 per cent respectively. During the 2021 Assembly elections, they also had the support of the BPF and the Left but the alliance still fell short.