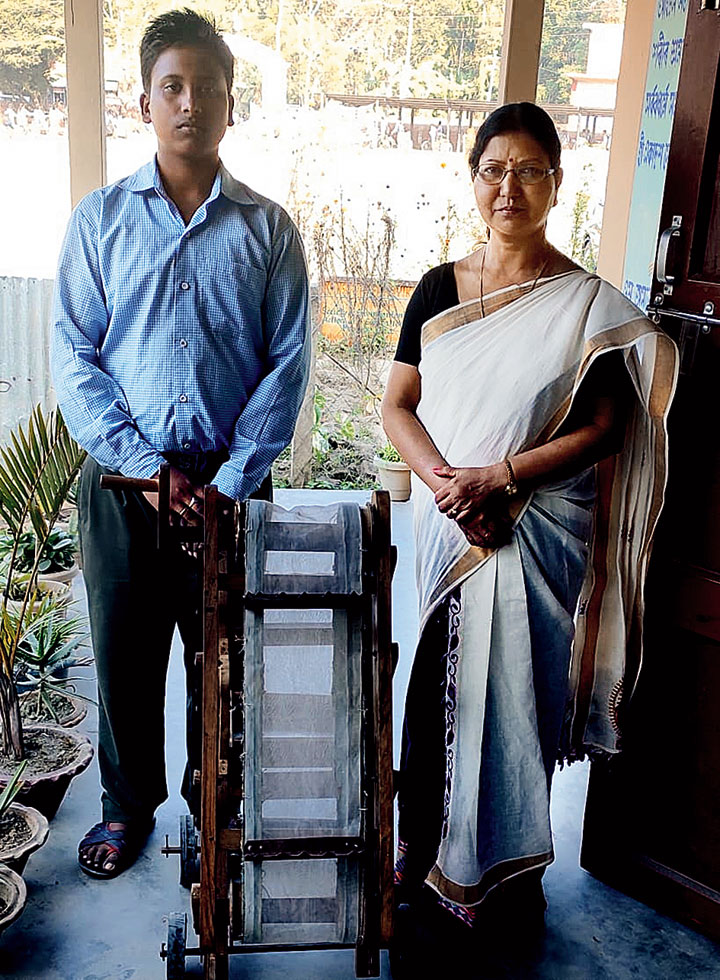 Kaushik Kashyap Rajkhowa, a class IX student of Kuralguri Higher Secondary School in Assam’s Golaghat district, will represent the state in the 27th National Children Science Congress (NCSC) to be held at the MAR Baselios College of Engineering and Technology, Thiruvananthapuram, Kerala, from Friday to Tuesday.

The aim of the event is to provide a platform to children aged 10 to 14 for developing scientific temper.

Kaushik completed a project work on “waste extractor from drains” and developed a low cost apparatus for it.

His project was selected at the state-level NCSC held at Tinsukia from November 1 to 4. He will represent the state in the 26-member Assam team at the national level.

Kaushik carried out his project work with the focal theme “Science, technology and innovation for a clean green and healthy nation” under the sub-theme “Waste to wealth” under the guidance of Jyoti Kumari Sarmah who is also the principal of the school.

Through his project, Kaushik developed the apparatus with the help of which one can easily segregate waste from a drain and stock to recycle. The apparatus can be operated manually. This will help in transforming waste to wealth and it is a step towards “Swachh Bharat” in true sense.

The Assam team has left for Kerala under the supervision of state coordinator Ramen Gogoi and state academic coordinator Sushil Sarmah by air.