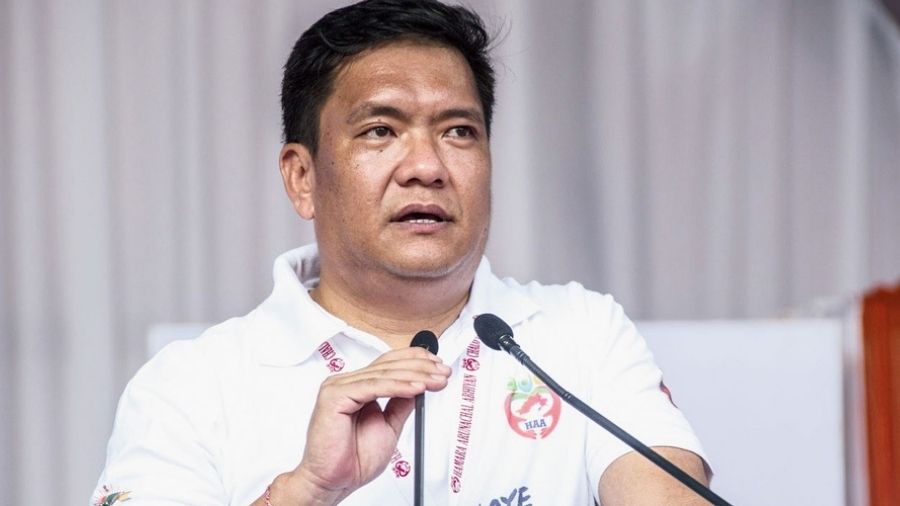 Life in Itanagar came to a standstill during the 36-hour bandh called by the All Nyishi Youth Association, seeking the resignation of chief minister Pema Khandu over alleged corruption.

There was a total shutdown on the first day of the bandh in the Arunachal Pradesh capital despite Khandu urging the masses not to support the bandh and the administration declaring it illegal on Wednesday. Residents said the administration had not only beefed up security but also suspended Internet services for 48 hours since 5pm on Wednesday to “prevent occurrence of serious law and order problems” during the bandh.

Itanagar DC Talo Potom told the media that security personnel and magistrates had been deployed since Wednesday to prevent any untoward incident, adding that around 57 protesters/individuals had been detained from Itanagar and Naharlagun.

“We want to stop this bandh culture. The bandh has been peaceful so far,” he said, adding that the administration will provide security to those who want to open their shops and establishments.

Most streets wore a deserted look as shops, banks, post offices remained shut and vehicles stayed off the road.

ANYA, whose leaders could not be reached for comments, had gone ahead with the bandh despite home minister Bamang Felix “giving a detailed response” to their charges against the chief minister on Wednesday. Even Nyishi MLAs and the Nyishi Elite Society had distanced itself from the bandh.

Felix had on Wednesday said the BJP-led state government was maintaining transparency and accountability and dealing sternly against corruption. He said there were judicial remedies against corrupt practices and specific charges of fund misappropriation would be acted upon, adding that the ANYA members did not turn up for talks despite repeated invites by the government.

Chief minister Pema Khandu had on Wednesday said Felix had already offered clarification on the issues raised by ANYA while appealing to the masses not to support the bandh because it hindered development and caused problems to the common people.

Like Felix, he also said one could always seek remedies from the court instead of calling bandhs.

“Bandh culture is not good. They can drag me to court,” Khandu told a reporter when asked that ANYA was seeking his resignation to call off their bandh.