The army has a strategic base in Tezpur, close to India’s border with Bhutan 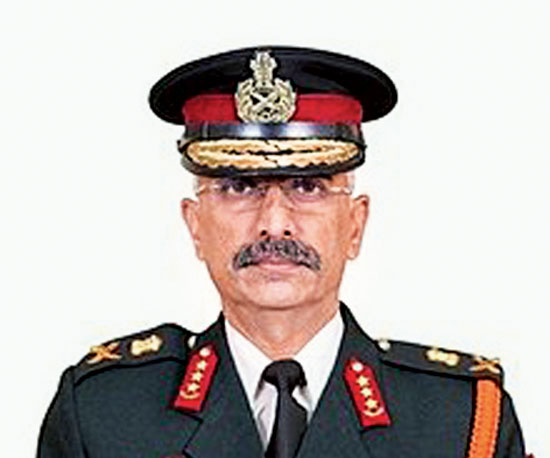 The head of the army’s eastern command, Lt Gen M.M. Naravane, is scheduled to visit Tezpur in Assam next week amid heightened activities in the wake of mounting tension on the western front, army sources said.

The army has a strategic base in Tezpur, close to India’s border with Bhutan and around 320km from Tawang in Arunachal Pradesh. The Line of Actual Control, which separates India and China, is just 25km from Tawang.

Lt Gen Naravane, the general office commanding-in-chief of the eastern command, is scheduled to visit the headquarters of the 4 Corps in Tezpur. The corps has a unit in Tawang and another in Bumla, which is on the India-China border and 37km from Tawang.

“The commanding officers of the troops have been briefed about the heightened alert along the borders across Assam and Arunachal Pradesh. The GOC-in-C would like to examine the operational preparedness in this part during his visit next week,” said an officer of the eastern command. “But more than reviewing the situation, the presence of Lt Gen Naravane would boost the morale of the corps.”

Since the 2017 standoff between the Indian and Chinese forces in Doklam, Delhi and Beijing have worked to de-escalate tension along the borders. The military-to-military interaction at all levels has been enhanced and troops have gained greater understanding of operational details.

Earlier this year, the Chinese army had proposed to the Indian army’s eastern command that joint sports events be held at military camps inside their territory as part of the efforts to boost ties between commanders of the two armies.

“Lt Gen Naravane’s visit will be closely monitored by the army headquarters,” said an officer. “While it is aimed at sending right signals to China, it would also help in assessing the war-readiness in the sector.”

After India’s standoff with Pakistan, Tezpur has emerged as a critical point for the army in the east and the Northeast. Much of Arunachal Pradesh falls under the command of the Tezpur-headquartered 4 Corps. The air force has a base in Tezpur that houses a MiG training unit.