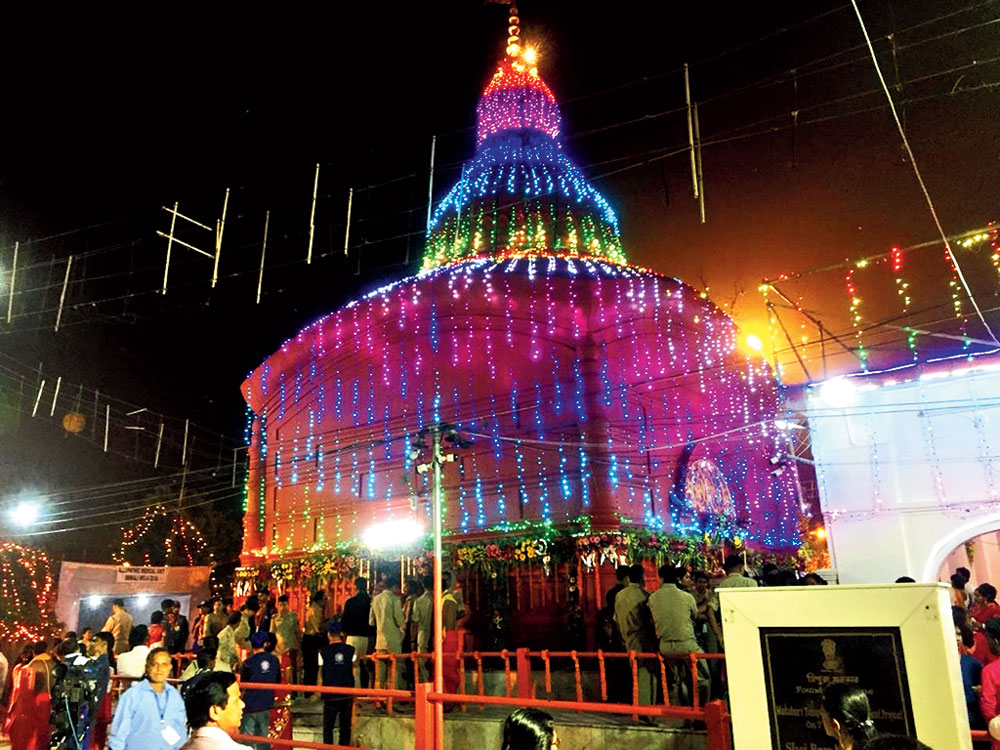 Agartala stationmaster Amit Kumar told The Telegraph that the six trains were introduced on Tuesday.

“Six mela special trains from here and one train from Dharmanagar in North Tripura district to Udaipur in Gomati district were introduced this morning. One train left the station around 3.45am,” Kumar said.

The Mata Tripurasundari temple is one of the 51 shaktipeeths in the country and a huge mela is organised on Diwali by the temple committee every year, where more than one lakh devotees visit.

Tripura tourism minister Pranajit Singha Roy, who hails from Udaipur town, said, “The trust has taken an initiative to organise a Ganga arati on the lines of Haridwar. Chief minister Biplab Kumar Deb inaugurated the Diwali mela on Tuesday afternoon. This was followed by the arati.”

Additional inspector-general of police (law and order) Smriti Ranjan Das said, “Security arrangements have been made on the temple premises. Tripura State Rifles and Tripura police were deployed and CCTV cameras installed.”

Maharaja Dhanya Manikya installed the idol of Tripurasundari in 1501 on Rangamati hillock, 5km from Udaipur town, which was then capital of the princely state of Tripura.

According to Rajmala, the royal chronicle of the Tripura’s Manikya dynasty, Dhanya Manikya was planning to set up a temple dedicated to Lord Vishnu. But goddess Parvati instructed him in a dream to worship Tripura Sundari (Kali) in the temple in Udaipur.

The five-foot Tripura Sundari idol is made of kasti stone.

In April, Tripurasundari Trust was formed with the chief minister as its chairman and the district magistrate of Gomati as its secretary. The event is expected to restore the religious and cultural identity of Tripura.