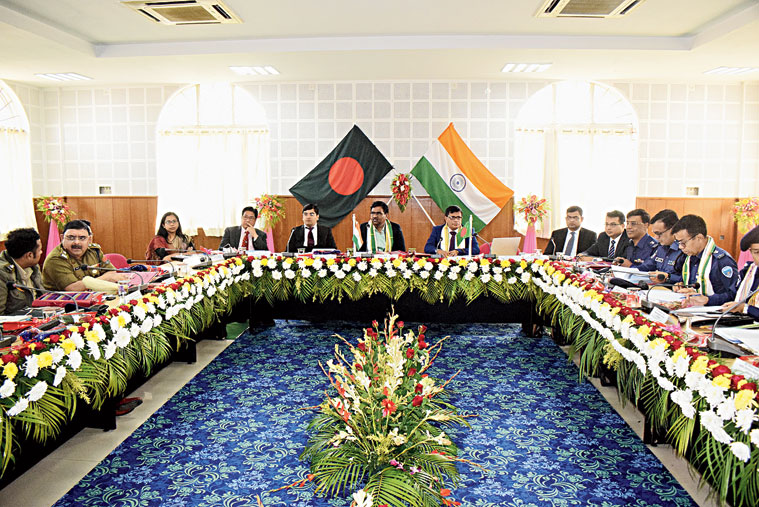 Three locations along the Indo-Bangladesh boundary in Tripura have been identified for setting up border haats (markets) to improve bilateral relations.

“Some new locations have identified to set up border haats, which will be inspected by Indian and Bangladesh officials jointly on February 26. The inspection reports would be submitted to the respective departments for a final decision. The locations are Paharmura in Khowai, Bamutia in West district and Jagatrampur in Sipahijala, while it will be in Comilla, Habiganj and Moulvibazar districts in Bangladesh,” West district magistrate Sandeep Mahatme told reporters here on Wednesday, after a meeting between three district magistrates of Tripura and deputy commissioners of four districts in the neighbouring country.

The meeting was attended by district magistrates of Khowai, Sipahijala and West and deputy commissioners of Brahmanbaria, Habiganj, Moulvibazar and Comilla districts. Police superintendent from all the districts, BSF and BGB officials also attended.

While the Indian side was led by Mahatme, the Bangladesh delegation was led by Comilla deputy commissioner Md Abul Fazal Mir.

“A discussion on a number of issues like trafficking, smuggling and illegal movement of citizens was discussed,” Mahatme said.

Asked about drug smuggling, Mahatme said smuggling of Yaba tablets had increased. “Action has been taken by both countries to seize contraband items and against drug trade,” he said.

He said completion of the Agartala-Akhaura rail link, the unfenced border and identification of new places for integrated checkposts was also discussed. “The Agartala-Akhaura railway work has been extended till September 2021,” he said. Mahatme said both countries expressed concern on human trafficking and illegal movement of people and decided to work together to prevent them.

Brahmanbaria deputy commissioner Hayat-ud-Dowllah Khan said they had unanimously agreed on the issues discussed. “The bilateral relations are cordial and we want to forge cooperation between the two nations for mutual development,” he said.