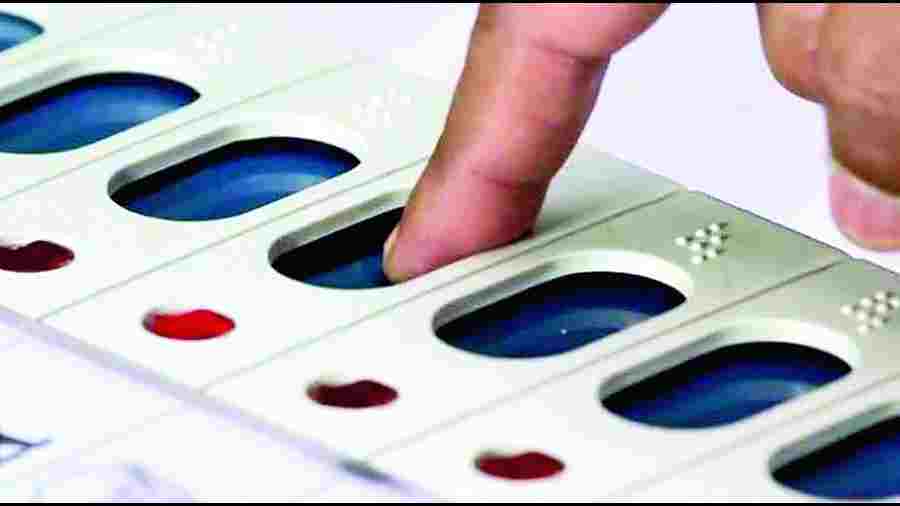 As many as 1,100 out of the total 3,328 polling booths in Tripura have been categorised as 'vulnerable', said a senior poll official on Wednesday.

Twenty-eight booths have been identified as 'critical', where one candidate polled more than 70 per cent votes during the previous election, he said.

"Based on the inputs of 2018 Assembly polls and 2019 general election, 1,100 booths have been identified as 'vulnerable' on the ground of the law and order situation and 28 as 'critical'.

“None has been marked as 'hypersensitive'," Chief Electoral Officer (CEO) Gitte Kirankumar Dinakarrao told reporters at a press conference here.

The Centre has already sent around 200 companies of paramilitary forces to the state to ensure the elections are held in a fair and peaceful manner, he noted.

Asserting that the poll violence graph has shown a steady decline in the state over the past few weeks, the CEO said the election machineries have been able to prevent many untoward incidents from December 18 to January 25.

"The commission has received around 600 complaints through the 'C-vigil app' thus far and action has been taken on 480 of these, while some were dropped by the authorities," he explained.

Three special observers- Yogendra Tripathy, Vivek Johri and B. Murli Kumar -- held separate meetings with poll officials and district magistrates to review the preparations for the February 16 elections, he said.

The special observers also met with representatives of enforcement agencies, such as excise, narcotics, and customs, to discuss ways to keep a check on illegal activities, the CEO added.