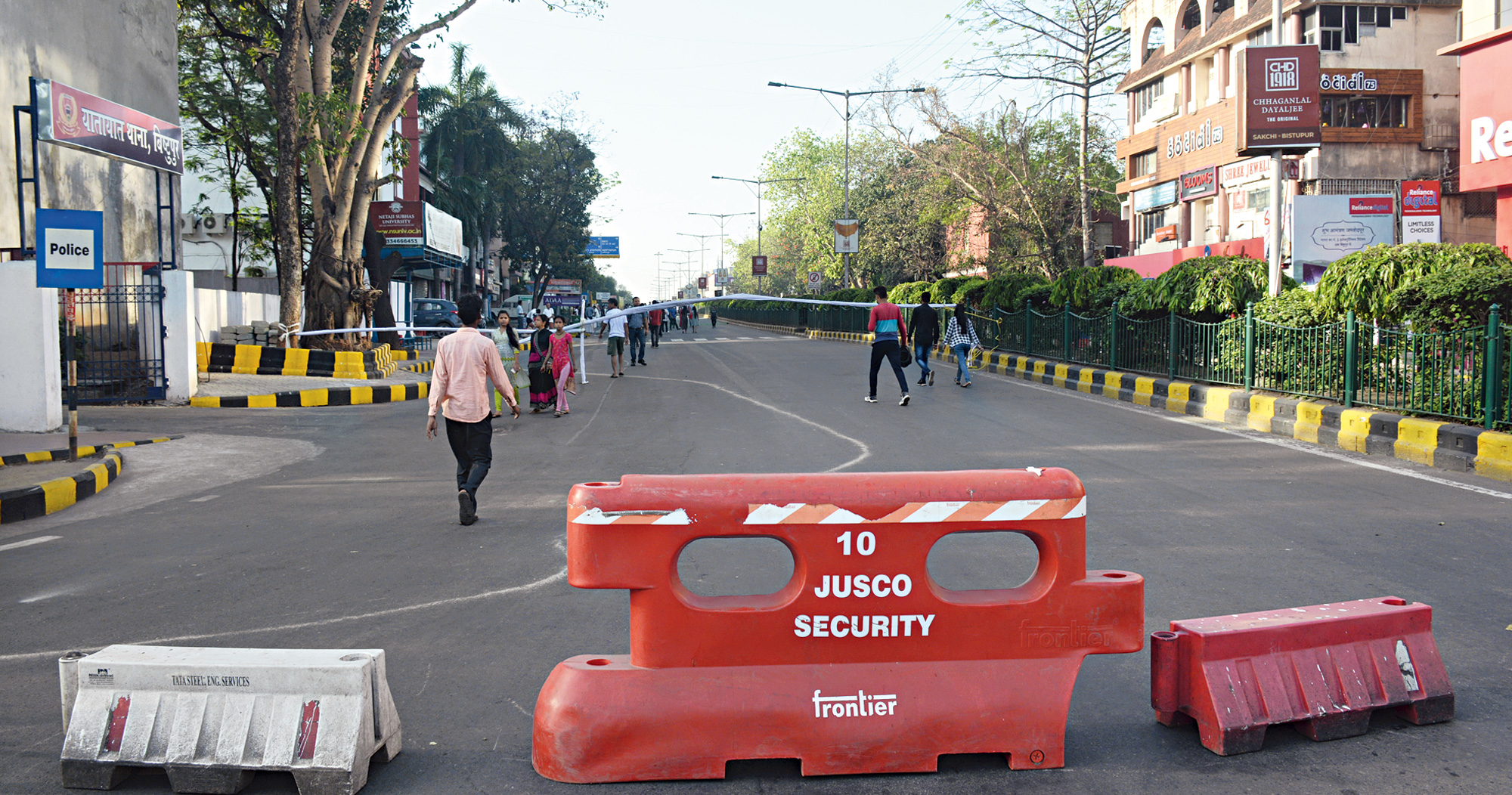 Low-key affair: The Bistupur stretch in Jamshedpur wears a deserted look during Jam@Streets on Sunday.
Bhola Prasad
Our Correspondent   |   Jamshedpur   |   Published 25.03.19, 06:15 AM

Poor promotions, lack of sporting activities and less number of food stalls were the major reasons behind the poor turnout of people at the much-hyped morning festival Jam@Streets on Sunday.

It was a low-key affair as only 4,000 people, mostly teenagers and college-goers, turned up on Bistupur Main Road from 6am to 8.30am. The theme of Jam@Streets was ‘Fitter Jamshedpur, Better Jamshedpur.’

Even though children took part in a host of events like cycle race, zumba, yoga, music, open mic and live-sketch, others complained about the lack of sports activities.

“Usually I accompany my children to Jam@Streets as they get to take part in a host of sports events all under one roof. This time there were no sports activities like badminton, skating, karate or boxing. Besides, there were no proper food stalls. It was overall too boring,” said S.P. Singh, an advocate and member of the District Bar Association.

Other visitors like Abhishek Gautam, an employee of All India Radio, Adityapur, said lack of awareness about the event also resulted in the poor turnout.

“It was only yesterday that I learnt about the event from a friend. Proper promotions are required to attract crowd. Moreover I feel there should be fixed dates so that we come to know about Jam@Streets from before,” said Abhishek.

This time Jamshedpur Hoteliers’ Association did not put up food kiosks due to diminishing sales over the years. “We were initially very enthusiastic about putting up our stalls here but with minimal profits and low sales we were forced to think otherwise. Moreover, to put in so much labour for only two hours wasn’t worth at all,” said Anil Khemka, owner of Yashwee International and member of the association.

Jusco spokesperson Rajesh Rajan said they did not include more sports activities as they took a lot of space. “Instead we utilised the space for zumba, cycling and BMI check points. We did promote the event on WhatsApp groups and social media. However, this time we organised did on small scale,” said Rajan.