The director's reaction comes after the veteran actor, who starred in the film, said truth will always trump falsehood 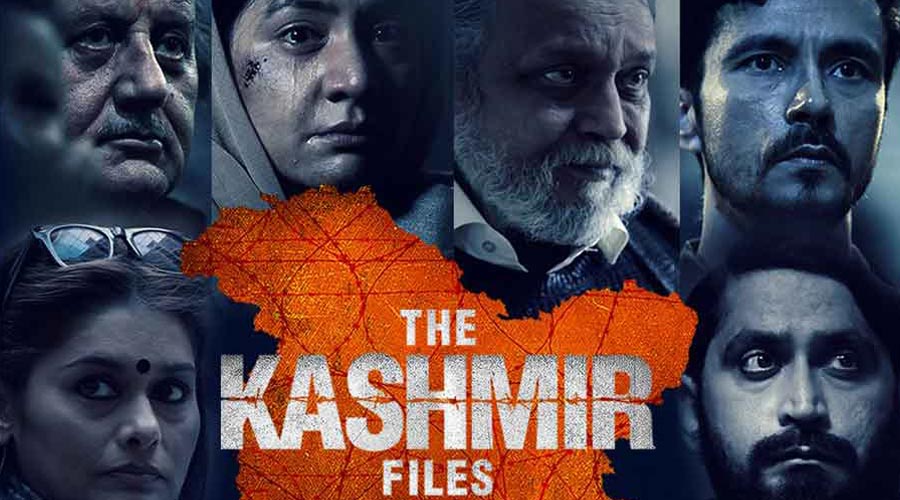 A day after Israeli filmmaker Nadav Lapid termed his film a "propaganda", "The Kashmir Files" director Vivek Agnihotri in a cryptic social media post said truth is the most dangerous thing as it can make people lie.

Lapid had termed "The Kashmir Files" as "propaganda movie" and "vulgar" at the closing ceremony of the 53rd International Film Festival of India (IFFI) on Monday night in Goa. He had served as the chairperson of the international competition jury at the IFFI.

"GM. Truth is the most dangerous thing. It can make people lie. #CreativeConsciousness," Agnihotri wrote on Twitter.

Written and directed by Agnihotri and produced by Zee Studios, "The Kashmir Files" depicts the exodus of Kashmiri Hindus from Kashmir following the killings of people from the community by Pakistan-backed terrorists.

Truth is the most dangerous thing. It can make people lie. #CreativeConsciousness

Following its March 11 release, the film was called out for its problematic politics by a section of critics and authors, but it performed exceptionally well at the box office by minting over Rs 330 crore.

The movie had also sparked a debate among political parties after several BJP-ruled states, including Madhya Pradesh, Uttar Pradesh and Gujarat, gave it exemption from entertainment tax.

Kher too took to Twitter to share a series of stills from legendary American filmmaker Steven Spielberg's acclaimed Holocaust drama "Schindler's List" along with a picture from "The Kashmir Files". "Schindler's List is the 1993 film which revolved around Oskar Schindler, a German industrialist who saved more than a thousand mostly Polish-Jewish refugees from the Holocaust by employing them in his factories during World War II.

"No matter how big the lie is, it's always smaller than the truth in comparison," the actor, who had attended the special screening of the film at the 53rd IFFI on November 22, wrote.

Also starring Darshan Kumar, Mithun Chakraborty and Pallavi Joshi, the film was showcased as part of the Indian Panorama Section at the IFFI.

In his speech at the closing ceremony of the 2022 edition of the film festival, Lapid said he was "disturbed and shocked" to see "The Kashmir Files" being screened at the festival. The event had Kher and Bollywood star Akshay Kumar in attendance.

Lapid's comments on the movie, one of the most talked about films of the year, sparked a controversy on social media with reactions pouring from various quarters.

Ambassador of Israel to India Naor Gilon slammed the filmmaker, saying he should be "ashamed" as he had "abused in the worst way" the Indian invitation to him to chair the panel of judges at the film festival.

In the open letter put out in a series of tweets, Gilon said Lapid should be "ashamed" and gave reasons for it.

"As a son of a holocaust survivor, I was extremely hurt to see reactions in India to you that are doubting Schindler's List, the Holocaust and worse. I unequivocally condemn such statements. There is no justification. It does show the sensitivity of the Kashmir issue here," he said.

4. As a son of a holocaust survivor, I was extremely hurt to see reactions in India to you that are doubting Schindler’s List, the Holocaust and worse. I unequivocally condemn such statements. There is no justification. It does show the sensitivity of the Kashmir issue here.

Indian film director Sudipto Sen, who was part of the international film jury, distanced himself and other members from Lapid's statement.

"Whatever has been said by IFFI 2022 Jury Chairman Mr Nadav Lapid about the film Kashmir Files, from the stage of closing ceremony of 53rd IFFI was completely his personal opinion," Sen wrote in a note shared on Twitter.

Comments by Lapid were made in his "personal capacity", he stressed.

"As juror, we are assigned to judge the technical, aesthetic quality and socio-cultural relevance of a film. We don't indulge in any kind of political comments on any film and if it is done, it is completely in personal capacity - nothing to do with the esteemed jury board," Sen added.

Reacting to Lapid's views, Bharatiya Janata Party's Goa spokesperson Savio Rodrigues in a media statement said, "The statement made by filmmaker and IFFI jury head Nadav Lapid over 'The Kashmir Files' is an insult to the horrors faced by Kashmir Hindus (in the past)."

"You can critique a film artistically but to term the truth about the brutality faced by the Kashmiri Pandits propaganda is shameful," he added.

Shiv Sena MP Priyanka Chaturvedi shared a video link of the Israeli filmmaker's speech where he criticised "The Kashmir Files".

"A sensitive issue of justice for Kashmiri Pandits was sacrificed at the altar of propaganda. This is a must listen segment at the #IFFIGoa2022," Chaturvedi said.

A sensitive issue of justice for Kashmiri Pandits was sacrificed at the altar of propaganda. This is a must listen segment at the #IFFIGoa2022 : pic.twitter.com/zd1WgKoUNa

Actor Swara Bhasker, known for being unabashedly vocal about her opinions, shared a link to the news story about Lapid's remarks at the closing ceremony of the film gala.

"Apparently it's pretty clear to the world .." Bhasker wrote in the caption.