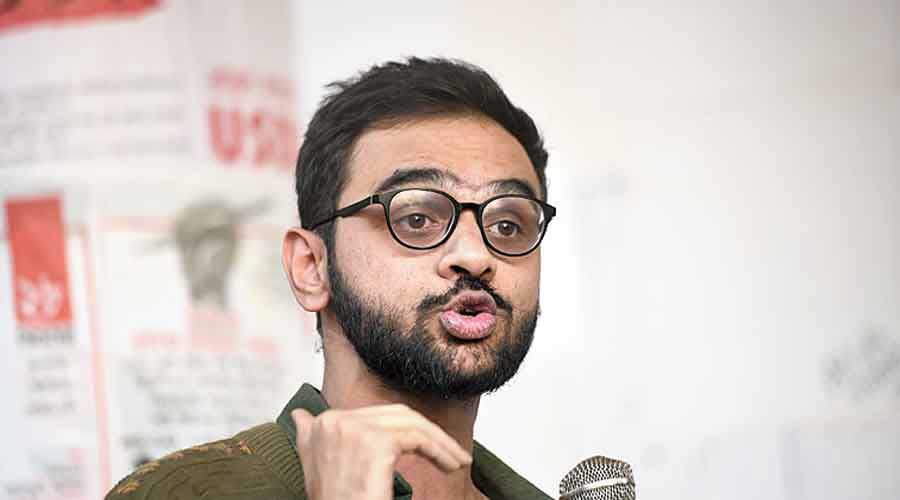 Former JNU student leader Umar Khalid, arrested under the Unlawful Activities (Prevention) Act in the north-east Delhi riots conspiracy case, told a Delhi Court on Monday that there were various contradictions in the police's claims and called it a "cooked up" case.

Khalid, along with several others, has been booked under the stringent anti-terror law UAPA. They are accused of being the "masterminds" of the February 2020 violence, which had left 53 people dead and over 700 injured. He has sought bail in the case.

Trideep Pais, Khalid's lawyer, told Additional Sessions Judge Amitabh Rawat that the FIR was cooked up and unnecessary, and was used selectively to target and frame them.

The counsel pointed to two contradictions in Delhi Police's claims. Firstly, he showed the court a 21-minute video clip of Khalid's speech in Maharashtra, which the prosecution had allegedly labelled inflammatory.

The lawyer, pursuant to showing the video, apprised the court that his client did not give any call for violence through the speech and in fact gave a message of unity to the people.

"A message of unity based on Gandhi ji was given by Umar Khalid that day. It was termed as terror. Content is not seditious. He is talking about democratic power. He referred to Gandhi," Pais added.

Secondly, he argued that as per the police case, Khalid conspired with other accused on January 8 to cause riots during former US President Donald Trump's visit, however, the news about his visit was announced only in February.

"These are the kind of lies they are peddling. This is a joke. This FIR is a cooked-up theory. Is it that easy to prosecute people? Do you have no responsibility as a prosecution?" Pais said.

Delhi Police had recently said that the bail plea has no merit and that it will demonstrate the prima facie case against him before the court by referring to the charge sheet filed in the case.

In April, the former JNU student was granted bail in one of the riot cases. The court while granting him bail noted that he was not physically present at the scene of the crime on the date of the incident.

Besides him, JNU students Natasha Narwal and Devangana Kalita, Jamia Coordination Committee members Safoora Zargar, former AAP councillor Tahir Hussain and several others have also been booked under the stringent law in the case.