‘Government treats every citizen with equality as enshrined under the Constitution’ 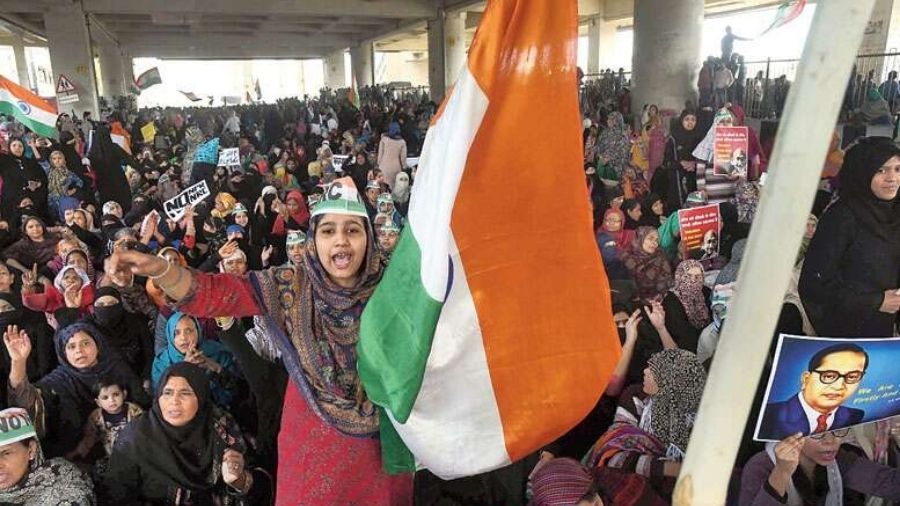 The government on Friday rejected a Freedom House report downgrading India's status to a "partly free" country as "misleading, incorrect and misplaced", and said it treats all citizens equally without discrimination and asserted that discussion, debate and dissent are part of Indian democracy.

"The Freedom House report, titled 'Democracy Under Siege', in which it has been claimed that India's status as a free country has declined to 'partly free' is misleading, incorrect and misplaced, the Ministry of Information and Broadcasting said in a statement.

The report by the US-based organisation had claimed that the decline in India's status was "due to a multiyear pattern in which the Hindu nationalist government and its allies have presided over rising violence and discriminatory policies affecting the Muslim population and pursued a crackdown on expressions of dissent by the media, academics, civil society groups, and protesters.

Responding to the findings, the ministry said, "Government of India treats all its citizens with equality as enshrined under the Constitution of the country and all laws are applied without discrimination. Due process of law is followed in matters relating to law and order, irrespective of the identity of the alleged instigator.

"With specific reference to the North East Delhi riots in January 2019, the law enforcement machinery acted swiftly in an impartial and fair manner. Proportionate and appropriate actions were taken to control the situation. Necessary legal and preventive actions were taken by the law enforcement machinery on all complaints/calls received, as per law and procedures, the ministry said.

The government also rebutted the allegation in the report that the Covid-19-induced lockdown "left millions of migrant workers in cities without work or basic resources" and "resulted in the dangerous and unplanned displacement of millions of internal migrant workers".

The government said that the lockdown was announced to control the spread of the coronavirus and the period allowed the government to ramp up production capacity of masks, ventilators, personal protection equipment (PPE) kits, etc. and thereby effectively prevent the spread of the pandemic. India has, on a per capita basis, registered one of the lowest rates of active Covid-19 cases and Covid-19 related deaths globally.

Denying the report's claims that academics and journalists were intimidated, the government said, “Discussion, debate and dissent is part of Indian democracy. The Government of India attaches highest importance to the safety and security of all residents of the country, including journalists. The Government of India has issued a special advisory to States and Union Territories on safety of journalists requesting them to strictly enforce the law to ensure safety and security of media persons”.

The report has claimed that though the private media are vigorous and diverse, investigations and scrutiny of politicians do occur, but attacks on press freedom have escalated dramatically under the Modi government, and reporting has become significantly less ambitious in recent years. Authorities have used security, defamation, sedition, and hate speech laws, as well as contempt-of-court charges, to quiet critical voices in the media.

Denying this, the government said that 'Public Order' and 'Police' are State subjects under India's federal structure of governance.

The responsibility of maintaining law and order, including investigation, registration and prosecution of crimes, protection of life and property, etc., rests primarily with the concerned State governments. Therefore, measures as deemed fit are taken by law enforcement authorities to preserve public order, it said.

The report has also alleged that a wide variety of NGOs operate, but some, particularly those involved in the investigation of human rights abuses, continue to face threats, legal harassment, excessive police force, and occasionally lethal violence.

Rebutting this, the government said the Indian Constitution provides for adequate safeguards under various statutes, including the Protection of Human Rights Act 1993 for ensuring protection of human rights.

On the report's claim that the authorities used assembly bans, internet blackouts, and live ammunition between December 2019 and March 2020 to quell widespread protests against the Citizenship Amendment Act (CAA) and proposals to roll out a citizens' registration process across the country, the government said, "...the temporary suspension of telecom/internet services is resorted to with the overarching objective of maintaining law and order under strict safeguards."

Lastly, the government rebutted the claim that the Foreign Contributions Regulation Act (FCRA) amendment led to freezing of NGO Amnesty International's assets, and said the NGO had received permission under the FCRA Act only once and that too 20 years ago (December 19, 2000).

Since then Amnesty International, despite its repeated applications, has been denied FCRA approval by successive governments since as per law it is not eligible to get such an approval. However, in order to circumvent the FCRA regulations, Amnesty U.K. remitted large amounts of money to four entities registered in India, by misclassifying the remittance as Foreign Direct Investment (FDI), the government said.

This malafide rerouting of money was in contravention of extant legal provisions," it said.