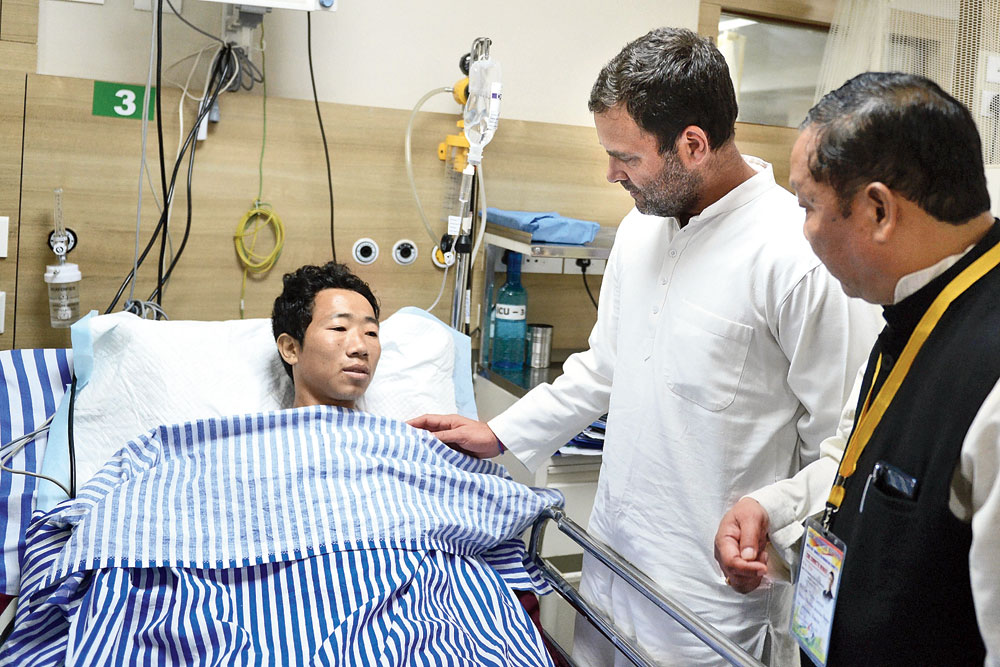 The airstrikes inside Pakistan did not come as a surprise to the Opposition parties, which were expecting a swift military response because dithering after the Pulwama massacre would have driven Narendra Modi out of the electoral frame.

But they are worried the Prime Minister will use the airstrikes to divert attention from governance failures during the election campaign. Senior leaders privately said that keeping the narrative on bread-and-butter issues, such as jobs and farm distress, alive and relevant was going to be a gigantic task.

A top Congress leader summed up the mood in the Opposition camp: “We anticipated this. Any government would have acted firmly to such a provocation. In fact, this should have come when terrorists reached the Indian Air Force base in Pathankot. Had the government not done this, what face would Modi have been left with? People were already angry because of the job crisis and farm distress as well as the disastrous record in Kashmir.”

Asked if the Opposition’s anti-Modi narrative, shaped carefully on issues the government was finding difficult to answer, would survive the jingoistic passion the RSS-BJP would now whip up, this leader said: “Even ordinary people… were almost convinced there had to be a decisive attack. The Opposition explicitly supported the same.”

The Congress and other Opposition parties had extended unconditional support to the government for any anti-terror measure and on Tuesday hailed the valour of the IAF. Punjab chief minister Amarinder Singh had, in fact, demanded exactly this kind of intervention.

Top Opposition leaders are expected to meet in Delhi on Wednesday afternoon, and the Congress Working Committee will discuss the emerging scenario in Ahmedabad on Thursday. The Opposition line will be that the Indian security forces are capable of defending the borders no matter how inefficient the government of the day is.

BSP leader Mayawati said on Tuesday: “Had the government acted earlier, the Pathankot, Uri and Pulwama attacks could have been prevented.”

Most other leaders restricted themselves to praising the air force and did not mention the government.

Congress president Rahul Gandhi tweeted: “I salute the pilots of the IAF.”

Party veteran Ahmed Patel echoed him: “Well done IAF, the nation is proud of you.”

NCP chief Sharad Pawar said: “Salute the IAF for giving a befitting reply to the terrorists operating from PoK.”

Congress leader Anand Sharma gave some hints about the future discourse in a series of tweets: “We have always stood in solidarity with our Jawans who stand at the borders and defend our territorial integrity. They have done so for seven decades, making countless sacrifices, be it the war with China or three wars with Pakistan and the liberation of Bangladesh and the surrender of the Pakistan Army where 93,000 prisoners of war were taken, the biggest victory for any army since World War II.

“Indian Army belongs to the nation. One message should be loud and clear, that irrespective of ideological differences or disagreements, India stands as one nation to fight and defeat terror.”

Rahul, who has to lead the Opposition onslaught, focused on jobs, farm distress, crony capitalism and the RSS-BJP’s divisive politics while addressing a public rally in Guwahati. He did not mention Rafale, even though the crowd chanted: “Chowkidar chor hai.”

Congress leaders suggested they would need to show caution for a few days till passions cool down, and hoped that disproportionate propaganda on the air strikes might backfire on the BJP.

Some leaders, however, do fear Modi’s ability to exploit the surcharged atmosphere and are worried he will succeed in diverting attention of a section of people away from governance issues.

One leader said: “The RSS ensured the entire country believed in Lord Ganesh drinking milk in an era when there were no mobile phones and social media. Now they are bound to use the communication explosion to their advantage. How the Opposition can salvage ground will depend on the maturity and grit of Opposition leaders.”

I won’t let the country bow down: Narendra Modi