Prophet remark: Iran calls for attention to sensitivities of Muslims 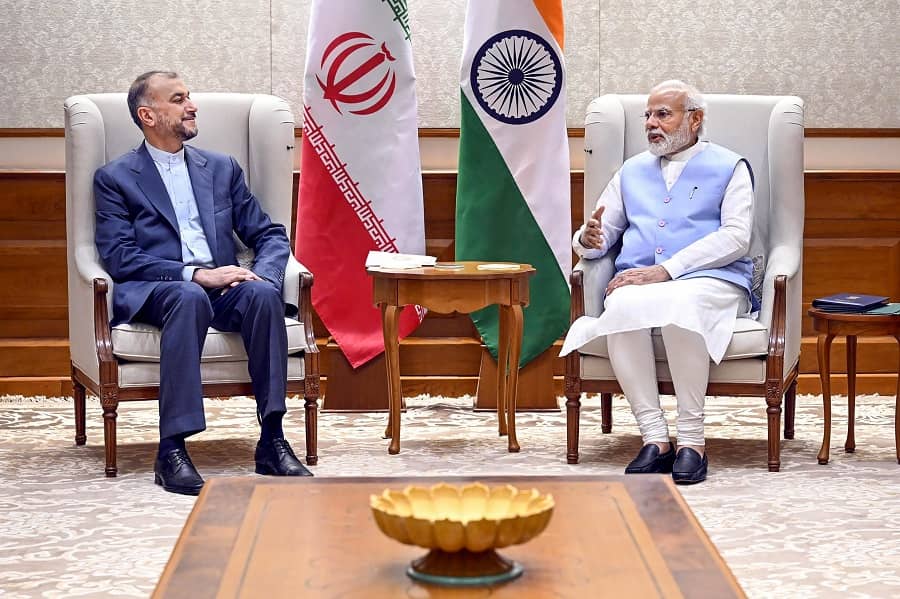 An Iranian readout of Abdollahian's talks with National Security Adviser Ajit Doval said the foreign minister hailed the Indian people and the government for their respect for Prophet Mohammad as well as for their religious tolerance and historical coexistence between various faiths.

It said Abdollahian announced that Iran prefers "no limits" for expansion of ties with India.

The Iranian foreign minister, who is on a three-day visit to India, also called on Prime Minister Narendra Modi.

The crisis in Ukraine and the situation in Afghanistan were among the key issues that figured in the talks Abdollahian had with External Affairs Minister S Jaishankar.

On Afghanistan, the two sides reaffirmed the importance of providing immediate humanitarian assistance to the Afghan people and reiterated the need for a representative and inclusive political system in support of a peaceful, secure and stable Afghanistan.

The two sides also signed an agreement on mutual legal assistance in civil and commercial matters.

The Iranian readout of Abdollahian's talks with Doval said the foreign minister raised the issue of the controversy triggered by the comments on Prophet.

It said the NSA reaffirmed the Indian government's respect for the founder of Prophet Mohammad, saying offenders will be "dealt with in such a way that others will learn a lesson".

"Abdollahian hailed the Indian people and government for their respect for the divine faiths, especially the Prophet Mohammad and also for the religious tolerance, historical coexistence and friendship among followers of various religions in the country," the readout said.

It stated the Iranian foreign minister called for attention to the sensitivities of Muslims, adding he said "Muslims are satisfied with the stance of Indian officials in dealing with the culprits."

Iran has been a key country for India in the Gulf region.

The two sides have been jointly focusing on improving connectivity between South East Asia and Central Asia.

Located in the Sistan-Balochistan province on the energy-rich Iran's southern coast, the Chabahar port is being developed by India, Iran and Afghanistan to boost connectivity and trade ties.

India has been in touch with Iran over the developments in Afghanistan following its takeover by the Taliban on August 15.

The Ministry of External Affairs said both sides acknowledged the significance of bilateral cooperation in the field of regional connectivity and reviewed the progress made at the Shahid Beheshti terminal of the Chabahar port.

"The sides agreed that the Chabahar port has provided much needed sea-access to landlocked Afghanistan and has also emerged as a commercial transit hub for the region, including for Central Asia," it said.

"They reaffirmed their commitment to continue to cooperate on the development of Chabahar Port. Teams from both countries will be meeting soon to address operational aspects," it added.

The MEA said the two ministers also discussed international and regional issues, including Afghanistan and reaffirmed the importance of providing immediate humanitarian assistance to the people of Afghanistan.

It said they also reiterated the need for a representative and inclusive political system in support of a peaceful, secure and stable Afghanistan.

The MEA said Jaishankar appreciated the role of Iran in facilitating India's medical assistance to Afghanistan, including supply of COVID-19 vaccines to Afghan nationals residing in Iran.

The Iranian statement said Abdollahian described security and military ties between the two countries as "suitable" and pitched for further expansion of the cooperation including to fight terrorism at the bilateral and regional levels and also to help the people of Afghanistan.

The talks between Jaishankar and Abdollahian focused on overall bilateral ties.

"Wide ranging discussion with FM @Amirabdolahian of Iran. Reviewed our bilateral cooperation, including in trade, connectivity, health and people to people ties. Exchanged views on global and regional issues including JCPOA, Afghanistan and Ukraine," Jaishankar tweeted.

It is the first visit to India by a senior minister of a member nation of the Organisation of Islamic Cooperation after the controversial remarks triggered anguish in the Arab World.

Abdollahian's visit to India came days after Iran joined Kuwait and Qatar in summoning the Indian ambassadors over the remarks against Prophet Mohammad by Nupur Sharma and Naveen Jindal.

The Iran nuclear deal also figured in the talks.

The Joint Comprehensive Plan of Action (JCPOA), commonly known as the Iran nuclear deal, was finalised in 2015 between Tehran and several world powers including the EU.

It was aimed at curbing Iran's nuclear ambitions. The US had withdrawn from the deal in May 2018 and reimposed sanctions on Iran. There have been fresh efforts now to restore the deal.