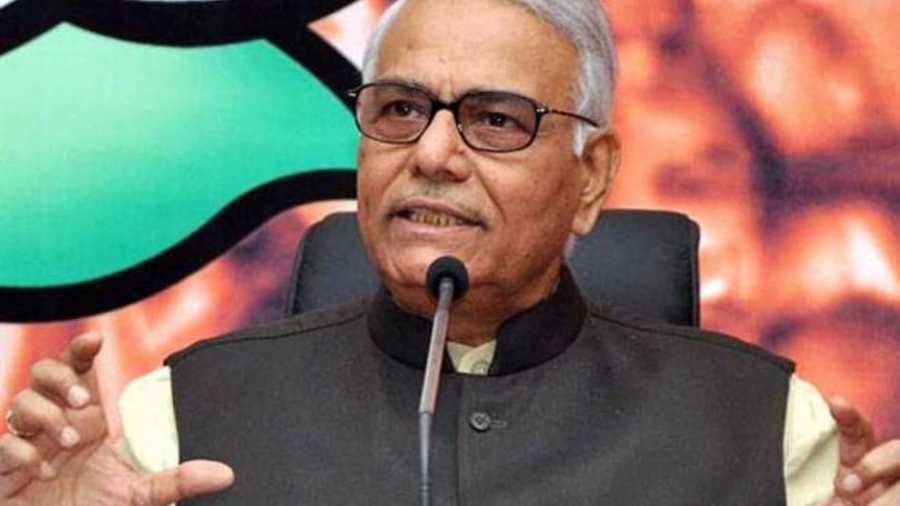 Opposition presidential candidate Yashwant Sinha on Monday said the presidential poll would decide the direction of the country as to whether democracy will remain or not, as he appealed to electors to listen to their "inner voice" and support him.

Sinha has repeatedly urged lawmakers to vote with the call of conscience in the election, where the win of NDA presidential candidate Droupadi Murmu is a forgone conclusion with several non-NDA parties also supporting the candidature of the tribal leader.

"I have repeatedly said that this election is very important as it will decide the direction as to whether democracy will remain in India or will slowly end. The indications that we are getting is that we are moving towards its end," Sinha told reporters.

He appealed to Parliamentarians and legislators across the country to listen to their "inner voice" and support him in the election.

"There is no party whip. This is a secret ballot. I appeal to all MPs and MLAs to use their discretion and elect me to save democracy," he said.

Sinha said he is not just fighting a political battle, but a fight against government agencies too.

"Government agencies have become very active, they are causing split in political parties, they are compelling people to vote in a particular way and there is also a game of money involved," he said.

Sinha, who began his electoral campaign from Kerala on June 28, ended the same on July 16 with a visit to his home state of Jharkhand.

The presidential election results will be out on July 21.