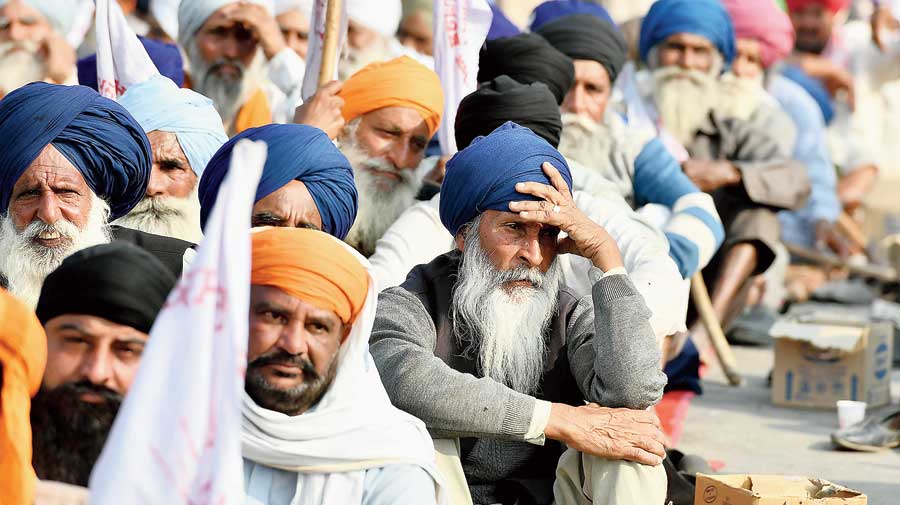 Security arrangements on Wednesday were tightened at the Chilla border connecting Delhi and Noida as farmer union leaders warned of completely blocking the key area to press their demands of repealing the three central farm laws.

A senior police official said elaborate security arrangements were already in place at the Delhi-Noida border. Multi-layered barricades, jersey barriers and additional security personnel have been deployed to ensure law and order.

He informed that just a small group of protesters were demonstrating at Chilla, and the situation was largely normal.

Farmer leaders had on Tuesday said they would “make” the government repeal the new legislations, and asserted that their fight has reached a stage where they are “determined” to win no matter what.

“The farmer unions are not running away from negotiations, but the government has to pay heed to their demands and come forward with concrete proposals,” the leaders had said.

Prime Minister Narendra Modi met farmers on Tuesday, not in Delhi where tens of thousands are sitting on dharna for the past 19 days to demand the repeal of the new farm laws his government has brought, but in Gujarat where he declared that the laws have the support of “almost the entire country”.

According to the police, Singhu, Auchandi, Piau Maniyari, Sabholi and Mangesh borders are closed. Commuters have been advised to take alternate routes via Lampur, Safiabad and Singhu school toll tax borders, while traffic has been diverted from Mukarba and GTK road.

The Outer Ring Road, GTK road and NH-44 should be avoided, they said.

Meanwhile, Gazipur border also remains closed for traffic coming from Gaziabad to Delhi due to the protests. Commuters have been advised to take other routes via Anand Vihar, DND, Chilla, Apsara and Bhopra borders.