He noted that opposition members tore rule book, threw papers at the desk of the Rajya Sabha Deputy Chairman Harivansh, who was in the Chair, and climbed the officials' table 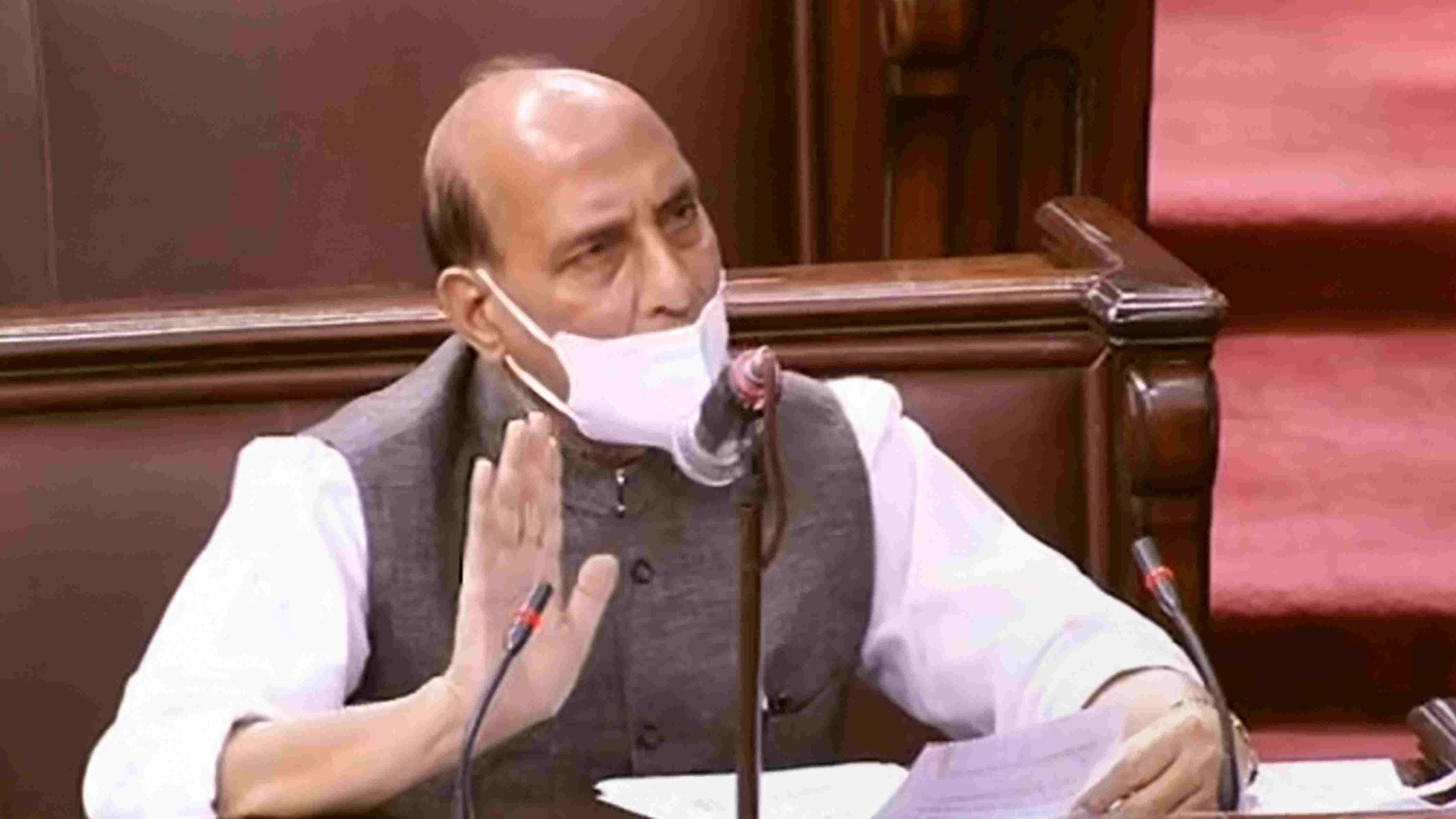 The top brass of the central government on Sunday flayed the opposition over its members' "unruly conduct" in Rajay Sabha during the passage of the two farm bills, condemning their behaviour as "shameful" and unprecedented in Parliament's history.

Union ministers Rajnath Singh, Prakash Javadekar, Pralhad Joshi, Piyush Goyal, Thawarchand Gehlot and Mukhtar Abbas Naqvi held a press conference to hit out at opposition members, with Singh asserting that such conduct was not expected in a healthy democracy.

Singh noted that opposition members tore rule book, threw papers at the desk of the Rajya Sabha Deputy Chairman Harivansh, who was in the Chair, and climbed the officials' table -- something, he added, he had never witnessed before.

Lauding Harivansh as a man of values, he said the "misconduct" of opposition members towards him was unprecedented. Even if opposition leaders were not convinced with the Chair's decision, does it allow them to attack him and be "violent," he asked.

Asked about the decision of BJP ally Shiromani Akali Dal to quit the Modi government in protest against the farm bills, he said there are some "political reasons" behind certain decisions.

"I want to assure farmers that minimum support price and APMC will continue. These will never be removed at any cost," he said.

The Upper House, which witnessed a brief adjournment due to the pandemonium, passed by voice vote the Farmer's Produce Trade and Commerce (Promotion and Facilitation) Bill, 2020, and the Farmers (Empowerment and Protection) Agreement of Price Assurance and Farm Services Bill, 2020. The bills have already been passed by Lok Sabha and will now go to the President for his assent before they are notified as laws.