The patient was admitted to the Veer Surendra Sai Institute of Medical Science and Research, Burla, for treatment on December 23 and died on December 27 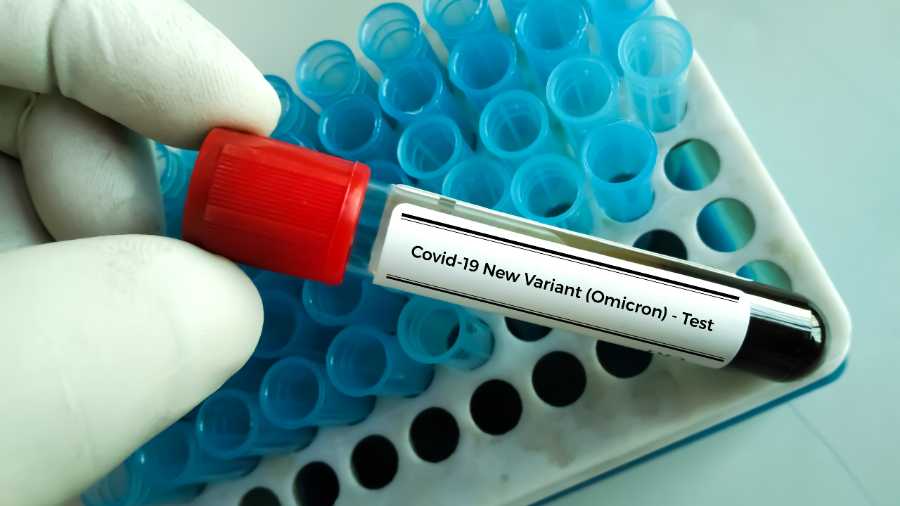 Odisha on Thursday reported its first case of suspected omicron death. The case was, however, reported almost 10 days after the patient, a 45-year-old woman from Bolangir district passed away.

She was admitted to the VIMSAR (Veer Surendra Sai Institute of Medical Science and Research), Burla, for treatment on December 23 and died on December 27. During her treatment, the sample was sent to the laboratory for genome sequencing. The report came on January 5 which confirmed the presence of an omicron variant in her body, officials said.

Chief district medical officer, Bolangir, Dr Snehalata Sahu said: “Inquiry is on to ascertain whether she died because of Omicron or for other reasons. We need to wait.”

Initially, the lady was admitted to the district hospital (Bheem Bhi Medical College and Hospital) in Bolangir following a cardiac arrest and later she was referred to VIMSAR. During the treatment, she was tested Covid positive and put in isolation. After three days, she passed away.

On the other hand, three staff members including a doctor of the state’s premier hospital in Bhubaneswar, Capital Hospital, have been declared as Covid affected. During the past 24 hours, Odisha reported 1,896 new cases of Covid.

The Odisha government said the omicron has spread to all the districts. “We are prepared to deal with any emergency situation. Steps are being taken to increase the number of ICU beds,” said director, health and family welfare, Bijay Panigrahi, adding that the senior citizens and health workers would be administered precaution dose from January 10.

All the travellers deboarding at the Biju Patnaik International Airport except those in transit will have to undergo RTPCR test at the testing facility provided by Bhubaneswar Municipal Corporation from Friday, officials maintained.

Following a surge in Covid related cases, the Odisha government on Wednesday announced to extend the night curfew duration in all urban areas by one hour. The curfew would be imposed from 9pm to 5am in all urban areas instead of 10pm to 5am every day. It has also shut down schools in a bid to check the sudden rise of Covid cases in the state.

Educational institutions have been asked not to organise any picnic parties till the end of January. All offline classes up to Class XII will remain closed and online classes will continue. The fresh guidelines will come into effect from January 7 and will continue till February 1.

Issuing the fresh guidelines, Special Relief Commissioner (SRC) P.K. Jena said that all hotels and bars would remain open till 9pm at 50 per cent occupancy.

Similarly, the number of guests in the marriage function has been reduced to 100 from the existing 250. Only 30 people can participate in the marriage procession and a maximum of 50 people in death rituals.

The SRC has also imposed restrictions on picnics at tourist places. Maximum 100 people will be allowed to attend the political meetings and rallies.

The management of malls and shops will be held responsible for any violation of Covid guidelines on their premises and they could face sealing and closure for not less than seven days.