The top court was hearing a plea filed by Surjit Singh Yadav seeking direction to Centre to remove alleged wrong historical facts related to the construction of the monument from history books, textbooks 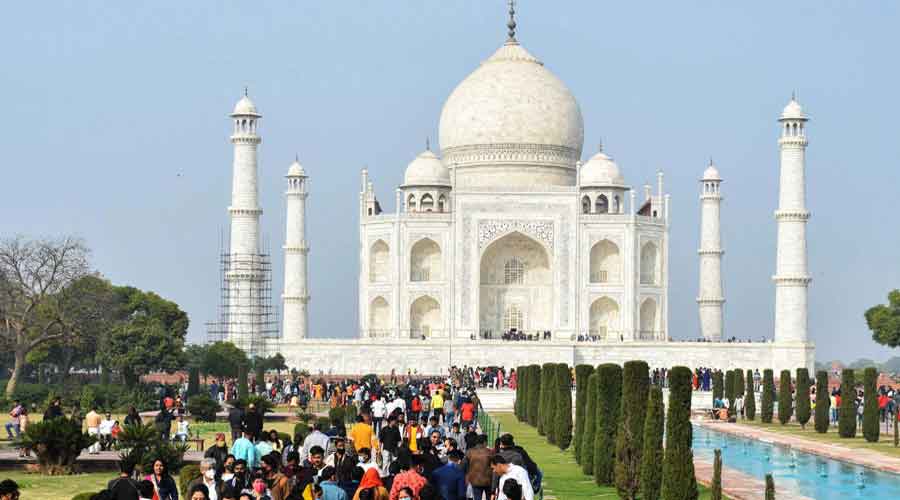 The Supreme Court on Monday refused to entertain a plea seeking removal of alleged wrong historical facts related to the construction of the Taj Mahal from history books and find the age of the monument.

A bench of Justices M R Shah and C T Ravikumar asked the petitioner to approach the Archaeological Survey of India (ASI) and make a representation before it.

"The PILs are not meant for fishing enquiry. We are not here to reopen history.Let history continue.The writ petition is dismissed as withdrawn. The petitioner is granted liberty to make representation to the ASI. We have not expressed any merits on the same," the bench said.

The top court was hearing a plea filed by Surjit Singh Yadav seeking direction to the Centre to remove the alleged wrong historical facts related to the construction of the Taj Mahal from history books and textbooks.

The plea also sought directions to the ASI to carry out a probe into the age of the Taj Mahal.

The petitioner contended that his research shows that a magnificent mansion already existed at the site where the body of Mughal emperor Shah Jahan's wife Mumtaz Mahal was placed in a dome-like structure.

"It is extremely strange why all the court chroniclers of Shah Jahan have not mentioned the name of the architect of this magnificent mausoleum. Therefore, this quite clearly indicates that the mansion of Raja Man Singh was not demolished but only modified and renovated to create the current look of the Taj Mahal. That is why there is no mention of any architect in the accounts of the court chroniclers of Shah Jahan," the plea submitted.

The 17th century monument is a UNESCO World Heritage Site.