The apex court on Thursday had expressed dissatisfaction over the steps taken by the Meghalaya government to rescue the miners and had said a “prompt, immediate and effective” operation was needed 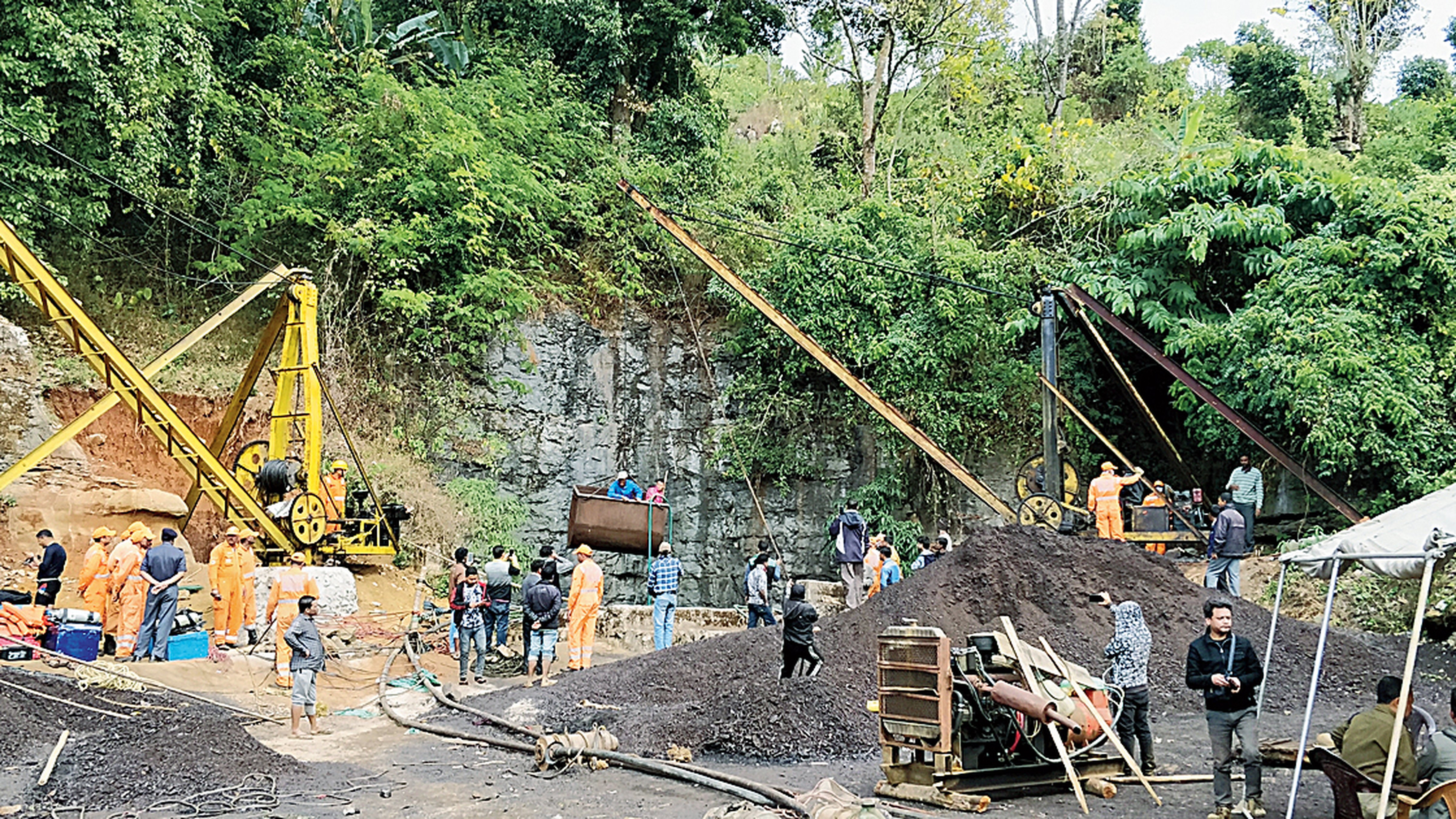 The Supreme Court had asked the solicitor-general to apprise it by Friday the steps which the government intends to take regarding the rescue.
Telegraph file photo
PTI   |   New Delhi   |   Published 04.01.19, 10:28 AM

The Centre on Friday told the Supreme Court that it was facing difficulties in the operation to rescue 15 miners trapped in an illegal coal mine in Meghalaya since December 13 as there was no blueprint of the 355-foot well.

The government told the apex court that the illegal mine was located near a river and seepage of water was hindering rescue.

Solicitor-general Tushar Mehta, representing the Centre, informed a bench of Justices A.K. Sikri and S. Abdul Nazeer about the steps taken for a swift rescue.

The bench directed the Centre and other authorities to file a status report on the steps taken and progress made in the rescue on January 7.

The apex court on Thursday had expressed dissatisfaction over the steps taken by the Meghalaya government to rescue the miners and had said a “prompt, immediate and effective” operation was needed to rescue them as it was a matter of life and death.

It had asked Mehta to apprise it by Friday the steps which the government intends to take in the matter.

The rat-hole mine, atop a hillock fully covered by trees in Meghalaya's East Jaintia Hills district, was flooded when water from the nearby Lytein river gushed into it.

The horizontal tunnels are often termed 'rat holes' as each just about fits one person.

The solicitor-general had told the bench that several members of the National Disaster Response Force (NDRF) were working at the site and instead of the army, the government has sent navy personnel there as the mine was submerged in water.

'72 members of the NDRF are already there but still no result,' the bench had observed, adding: 'Why cannot you take the help of the army? He (petitioner) says that water pumps were sent to Thailand. Why cannot it (pumps) be used here also?'

The petitioner, Aditya N. Prasad, has said in his plea that Kirloskar Brothers Ltd (KBL) had offered high-powered water pumps and given technical support to the Thai government in June-July 2018 for the operation to rescue a football team trapped inside a cave system in Thailand.

The counsel appearing for the state had said adequate steps have been taken, and besides 72 NDRF personnel, members of the state disaster response force, the navy, fire department and Coal India were also involved in the rescue.