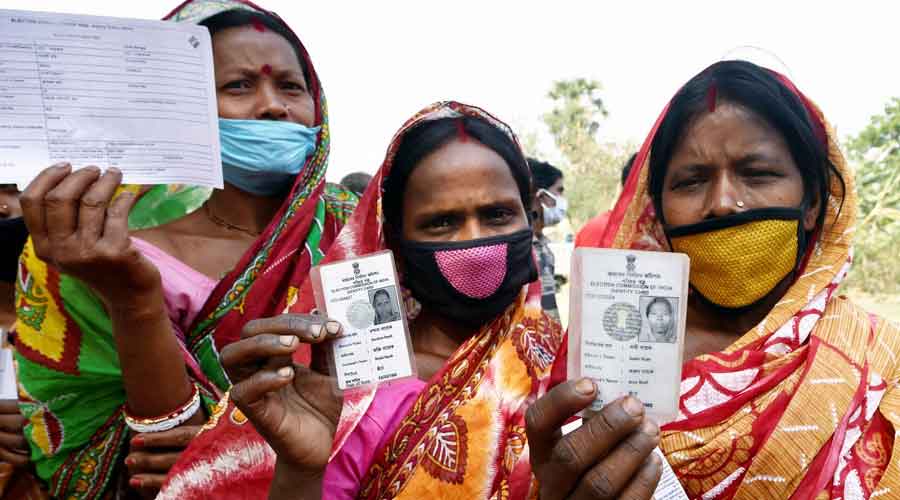 A voter turnout of 79.79 per cent was recorded in West Bengal and 72.14 percent in Assam till 5pm on Saturday in the first phase of assembly elections in these states, the Election Commission said.

In Bengal the Trinamul faces a stern test from the BJP in its bid for a third straight term. In Assam the BJP is hoping to win a second straight term, with Chief Minister Sarbananda Sonowal the biggest name on the ballot on Saturday.

Voting was held in 30 assembly constituencies in West Bengal and 47 seats in Assam in the first phase with a total of 21,825 polling stations.

Polling booths across both states opened at 7 am and closing times were extended by an hour due to the pandemic.

"Non-functioning rate during the poll is lesser than experienced in last few polls," an EC statement said without elaborating.

On Saturday, a total of 167 cases of Model Code of Conduct violations were reported through the cVIGIL app from West Bengal out of which 111 were disposed of by 4.30pm.

582 cases were reported from Assam with 423 disposed.