Pramod Majhi, a leader of the striking boatmen, said the pleasure cruise down the Ganga would “directly affect” their livelihood 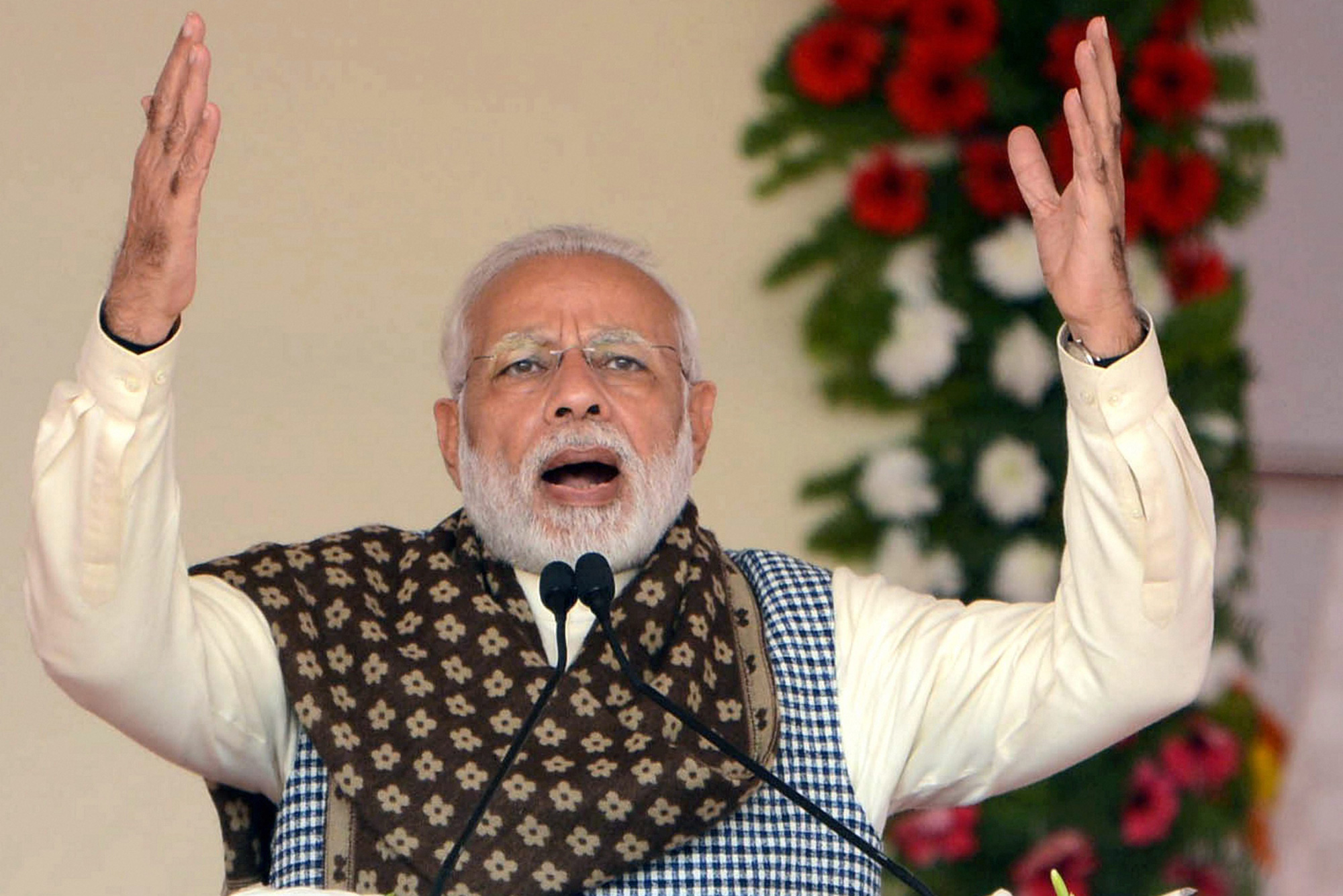 Boatmen in Narendra Modi’s parliamentary constituency have gone on an indefinite strike against the Prime Minister’s initiative to start two cruise trips across the Ganga, denying tourists one of the key attractions of visiting Varanasi — a ride down the river.
PTI
Piyush Srivastava   |   Lucknow   |   Published 03.01.19, 09:30 AM

Boatmen in Narendra Modi’s parliamentary constituency have gone on an indefinite strike against the Prime Minister’s initiative to start two cruise trips across the Ganga, denying tourists one of the key attractions of visiting Varanasi — a ride down the river.

Sources within the “Ganga-putra” community — or sons of the river as the boatmen are called in the holy city — said at least a million tourists may have returned disappointed since December 28, when over 1,100 boatmen went on strike.

The boatmen, whose protest entered the sixth day on January 2, have parked their motor-fitted wooden boats in a row between Dashashwamedh Ghat on one side of the river and Rajghat on the other — a distance of over 200m — blocking the movement of the cruise ship.

Pramod Majhi, a leader of the striking boatmen, said the pleasure cruise down the Ganga would “directly affect” their livelihood.

“They have installed music system and hired priests for devotees who want to conduct rituals on board. We have come to know that the tourism departments of the central government and the Uttar Pradesh government have engaged corporate groups to run these trips from 4am to 8pm and mint money,” Majhi, who is on strike at Dashashwamedh Ghat, said.

“Modi had promised good days for every Indian. But he is directly targeting our livelihood. Many tourists would prefer the cruise because it provides them five-star facilities.”

Before the first cruise started, Varanasi’s boatmen were the only option for tourists who hired boats from the 84 ghats on the riverbanks to see the ancient city and its Hindu shrines, including the Kashi-Vishwanath temple.

“According to our estimate, at least 10 lakh tourists returned from Varanasi in the last six days without enjoying a boat ride and seeing the magnificence of Kashi (Varanasi),” Harishchandra Bind, a boatman, said.

The first cruise — on a ship named Alaknanda — had started around a couple of months ago. The ship, which can accommodate over a hundred passengers, takes tourists every morning and evening for rides coinciding with sunrise and sunset.

The tickets cost between Rs 200 and Rs 500 — far more than the Rs 100 that the boatmen charge for a trip in their wooden vessels that can carry around 20 people at a time.

A second ship has been brought but is not operational yet. The local administration had recently said it was planning to run these luxury trips through the day.

For the past six days, however, even the Alaknanda has not plied because of the strike.

“We have been visiting Varanasi every year since 2010 and make it a point to hire a boat to see all the 84 ghats and temples on the banks of the river. This is the first time that we are returning without touching the Ganga in the middle of the river,” Shoma Basu, a tourist from Asansol in Bengal, told local reporters.

Surendra Singh, the district magistrate of Varanasi, said the administration has held several rounds of talks with the boatmen. “We are trying to find a way to resolve the deadlock,” he said.