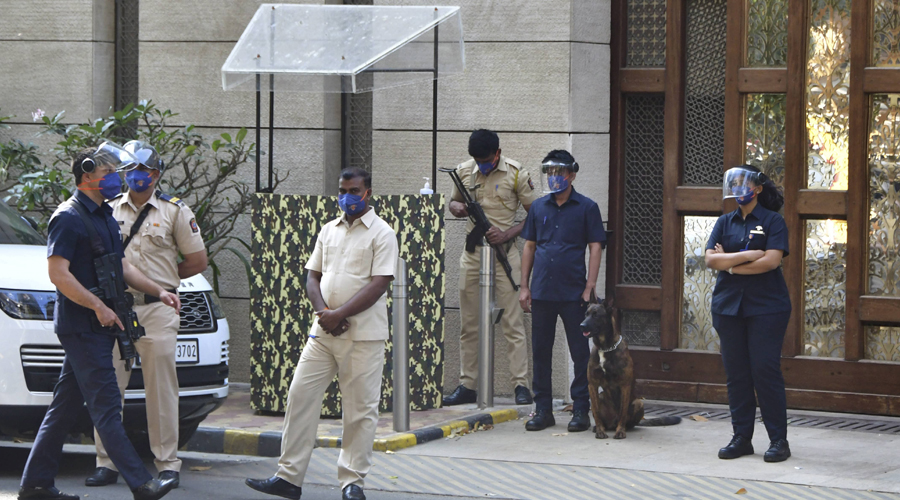 Mumbai Police on Monday suspended assistant police inspector Sachin Waze following his arrest by the NIA in connection with its probe into the recovery of explosives from a car near industrialist Mukesh Ambani's residence here, an official said.

The National Investigation Agency (NIA) arrested Waze on late Saturday night in connection with its probe into the recovery of a Scorpio containing 20 gelatin sticks near Ambani's house 'Antilia' in south Mumbai on February 25.

Waze (49), credited with eliminating 63 alleged criminals in 'encounters', is also facing heat in the murder case of Thane-based businessman Mansukh Hiran, who was in possession of the Scorpio. Hiran was found dead in a creek in Thane district on March 5.

A Mumbai court on Sunday remanded Waze in the NIA's custody till March 25.

In its remand plea, the NIA submitted statements of witnesses to show Waze's involvement in the case.

Waze, a 1990-batch officer of the state cadre, was earlier also suspended in 2004 over his role in the custodial death of a 2002 Ghatkopar blast suspect Khwaja Yunus and was reinstated last year.