Case has been registered in the matter and efforts are on to arrest those behind incident: Police 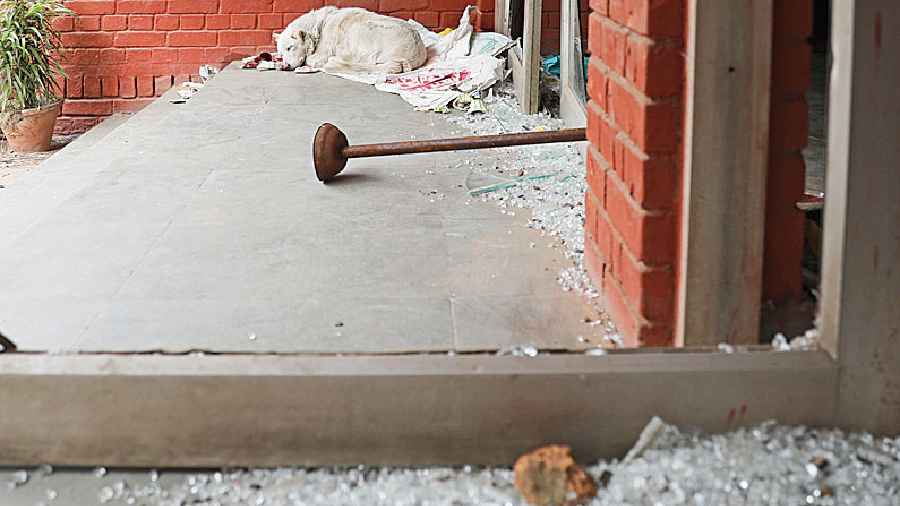 The incident occurred in Takkarpura village of Patti town on the intervening night of Tuesday and Wednesday, they said.

Chief Minister Bhagwant Mann strongly condemned the incident and ordered a probe into the matter, asserting that nobody will be allowed to disturb brotherhood and harmony in the state.

Four masked men entered the church, pointed a pistol at the watchman's head and tied up his hands before vandalising the church. They also broke two idols and burnt the pastor's car before leaving, the police said.

CCTV cameras installed inside the church captured the incident.

After the incident, a police team led by Senior Superintendent of Police, Tarn Taran, Ranjit Singh Dhillon reached the spot to take stock of the situation. Heavy police deployment has been made in the area, the police said.

A case has been registered in the matter and efforts are on to arrest those behind the incident, Dhillon said.

Ordering a probe into the incident, Mann said strict action will be taken against those involved in it.

A group of Christians held a protest against the vandalisation of the church and blocked all routes leading to Khemkaran, Bhikhiwind, Patti, Harike and Ferozepur.

The protesters demanded immediate arrest of the accused.

SSP Dhillon, who reached the protest site, assured the agitators that the culprits will be arrested soon.

"It is a conspiracy by some mischievous elements who wanted to disturb peace in the state," the SSP said.

"We have taken stock of the situation and are investigating the matter. We will soon catch those who were behind this incident," he added.

He said such incidents are deliberate attempts by some mischievous elements to break the country and divide people.

They also demanded the withdrawal of an FIR against some Nihang Sikhs who were booked for allegedly disrupting an event organised by Christian missionaries at Daduana village in Amritsar on Monday.