An Indian statement claimed that Pakistan had agreed to visa-free access daily for 5,000 pilgrims 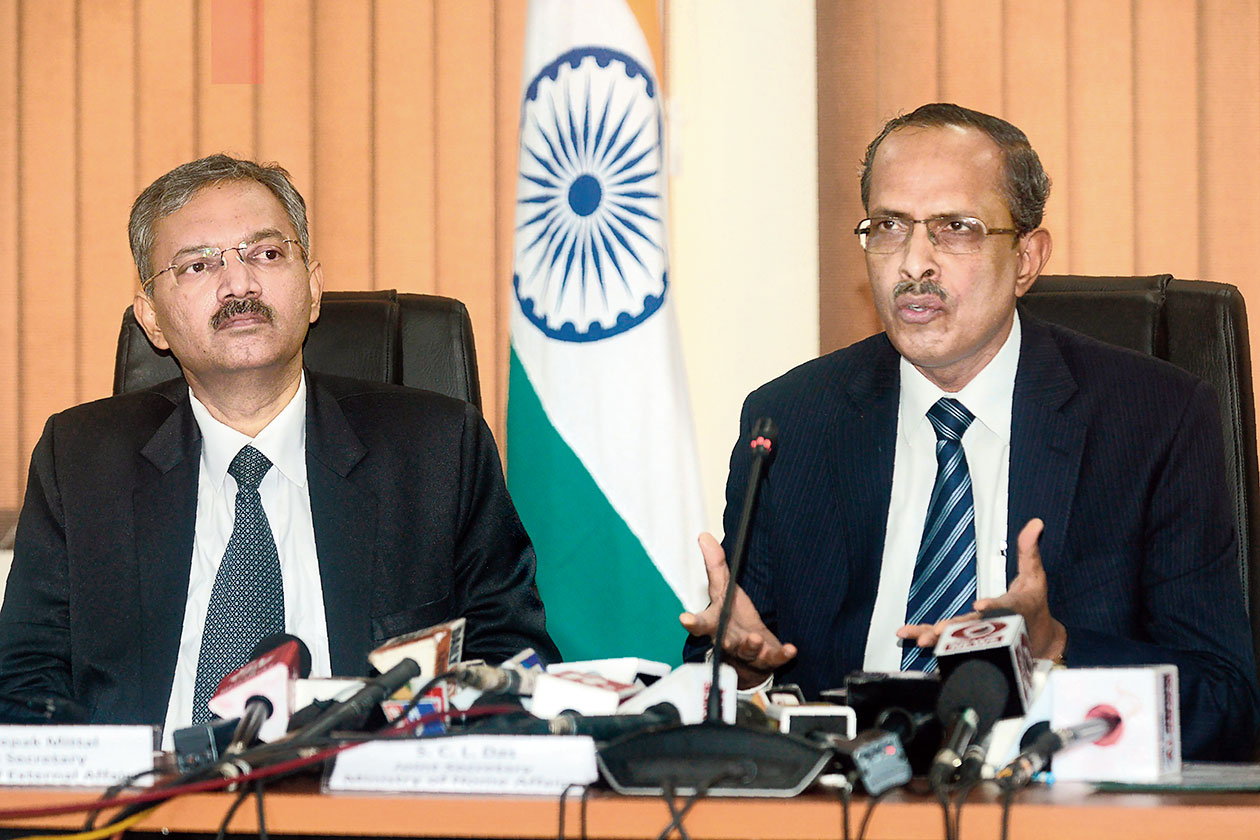 India and Pakistan on Sunday claimed to have narrowed their differences on the modalities for operationalising the Kartarpur Corridor, with Islamabad suggesting there was agreement on 80 per cent of the issues.

After a second official-level discussion on the issue at Wagah in Pakistan, home ministry joint secretary S.C.L. Das, who led the Indian delegation, expressed confidence the corridor would become operational as planned on November 12, as part of Guru Nanak’s 550th birth anniversary celebrations.

While an Indian statement claimed that Pakistan had agreed to visa-free access daily for 5,000 pilgrims, there was no official word from Islamabad till late evening. Das said Pakistan had accommodated many of India’s demands.

An Indian release said Pakistan had agreed to allow people with Overseas Citizens of India cards too to access the corridor on all seven days of the week. Pakistan had earlier said the corridor would be opened only on select days.

As for India’s demand that 10,000 pilgrims be allowed in on special days like Baisakhi and Guru Purab, Pakistan has agreed to consider it in a phased manner.

Also, the pilgrims will be allowed to travel individually and in groups, and on foot if they so want.

India also conveyed concerns about Pakistan’s plan to build an embankment or a causeway over the Old Ravi Creek to connect to the bridge India is building as part of the corridor.

New Delhi, which fears the embankment or causeway could cause flooding of the Dera Baba Nanak and adjoining areas on the Indian side, has presented Islamabad with a detailed flood analysis.

Pakistan, Das said, has agreed not to build an embankment/causeway even as an interim measure. However, since Pakistan has expressed inability to build a bridge in time for November 12, it was agreed that a slip road/service lane would be constructed for interim access.

India also flagged the issue of insulating its pilgrims from pro-Khalistan groups, which have stepped up their propaganda in preparation for “Referendum 2020” to “liberate” Punjab from India.

Pakistan said it had dropped the pro-Khalistan elements whose presence in its Shiromani Gurdwara Parbandhak Committee had prompted Indian objections. The Indian delegation presented Islamabad with the notification banning Sikhs for Justice, a US-based group advocating “Referendum 2020”.