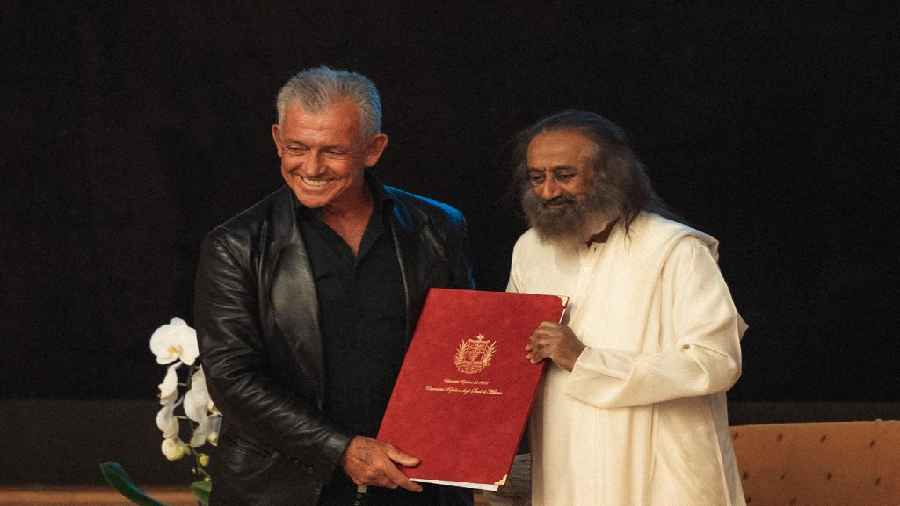 Observing that the national Opposition in the country is weak, spiritual leader Sri Sri Ravi Shankar said he believes that for a healthy democracy, it is essential that India has a stronger Opposition, one that is constructive as well.

"India needs a stronger Opposition, a constructive Opposition. The (current) Opposition is very weak. Lack of leadership in the Opposition can make any democracy appear not as a democracy," Ravi Shankar, the founder of the Art of Living Foundation, told PTI in an interview.

"Democracies do need a stronger Opposition - conservative, creative Opposition that is missing in India. Of course, West Bengal has shown that with free-and-fair elections, no party can meddle with the institutions of India, and the judiciary is quite strong. But the lack of a central Opposition, a strong leader will make the country look like it is autocratic, but it is not. We are such a huge democracy. People have power," Ravi Shankar said.

The Indian spiritual leader is currently on a two-month tour of the United States, travelling to various cities and spreading the message of peace and the need of it in a post-Covid world.

Asserting that India is a vibrant democracy and the elections held in the country are free and fair, he said at the national level, there needs to be a strong opposition party, which is currently missing.

On Tuesday, Ravi Shankar met a group of Congressmen during which they discussed mental health. A day earlier he addressed the Delaware General Assembly, in which he focussed on dealing with mental health challenges and establishing peace.

The spiritual leader highlighted the importance of using one's own breath to achieve inner peace and mental well-being. The Art of Living founder offered his unequivocal support to make Delaware the "Happiest State" by committing to tackle mental health issues across all sections of the community, including students, veterans, prison inmates, physicians, professionals and more.

"We are proud to honour and thank Gurudev Sri Sri Ravi Shankar's humanitarianism, spiritual leadership and commitment to peace here in the United States and across the world," Delaware Governor John Carney said.

Ravi Shankar's 2022 US tour began in Miami where he addressed a conference of physicians on the role of meditation for mental health and overall well-being. He continued to Boston where he shared his thoughts about destigmatising mental health at the Harvard University. This was followed by a dialogue with healthcare providers and administrators on prioritising healthcare workforce well-being, hosted by the Children's National Hospital and the National Geographic Society.

He then spoke on the crisis of youth mental health with the US surgeon general at the George Washington University.

Before arriving in Delaware, the spiritual leader launched the "I Stand for Peace" campaign in Washington, DC on May 6. He also launched the initiative in Philadelphia on May 8 with a pledge for Philadelphia to be a "Peace City" and a rollout of programmes to strengthen mental health, resilience and overall wellness indicators within the American community. Both the events were attended by more than 2,000 people.

Asserting that India's DNA has always been peace and non-violence, Ravi Shankar said there is a misconception in the west about India's stand on the war in Ukraine, wherein people think that New Delhi is supporting an aggressor, which is not the case in reality.

He noted that there is a lot of anger among people post the COVID-19 pandemic. This Ravi Shankar said needs to be addressed and that is what he is working on.