India gives e-visas to over 100 Sikhs, Hindus in Afghanistan 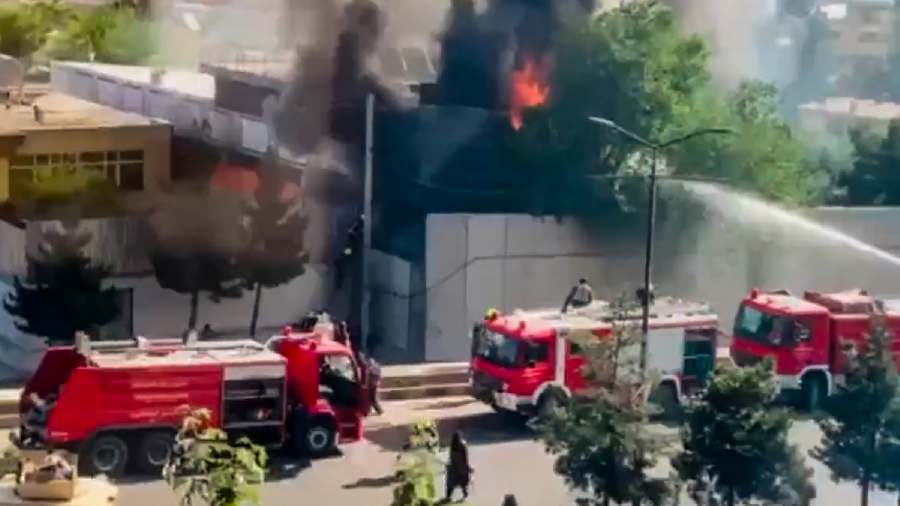 India has given e-visas to over 100 Sikhs and Hindus living in Afghanistan following a deadly terror attack on a gurudwara in Kabul, government sources said on Sunday.

The electronic visas have been given "on priority" to these people by the Ministry of Home Affairs, they said.

The Islamic State terrorist group has claimed responsibility for the attack on the gurdwara in Afghanistan's capital that killed two persons, including one Sikh community member, calling it "an act of support" for the Prophet.

Several blasts tore through Gurdwara Karte Parwan in Kabul's Bagh-e Bala neighbourhood on Saturday while Afghan security personnel thwarted a bigger tragedy by stopping an explosive-laden vehicle from reaching the place of worship of the minority community.

"More than 100 Afghan Sikhs and Hindus have been granted e-visas by India, on priority, post the attack on gurudwara in Kabul, a source said.

The dreaded terror group said one of its fighters "penetrated a temple for Hindu and Sikh polytheists" in Kabul, after killing the guard, and opened fire on the worshippers inside with his machine gun and hand grenades.

It was the latest targeted assault on a place of worship of the Sikh community in Afghanistan.

The three attackers were killed by the Taliban forces.