Govt set to initiate appointment of next Chief of Defence Staff 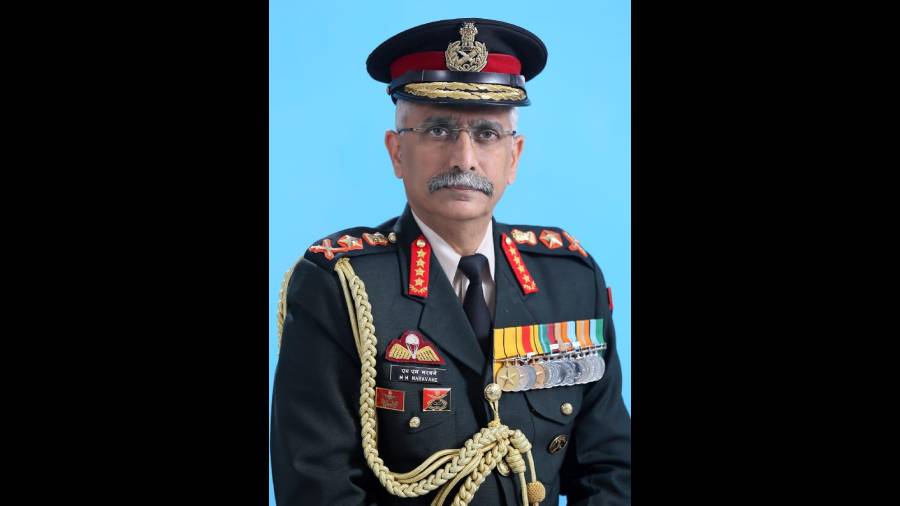 The government is set to begin the process soon to appoint the next Chief of Defence Staff with Army Chief Gen MM Naravane emerging as the front-runner for the top post that fell vacant following the demise of Gen Bipin Rawat in a helicopter crash.

The move by the government comes even as a number of retired military commanders said it will be prudent to appoint Gen Naravane as he is retiring as the Chief of Army Staff in five months.

People familiar with the development on Thursday said the government will draw up a small panel comprising senior commanders from the Army, the Navy and the Air Force.

The panel will be finalised based on recommendations from the three services in the next two to three days and then it will be sent to Defence Minister Rajnath Singh for approval.

Following the approval by the defence minister, the names will be sent for consideration by the Appointments Committee of the Cabinet that will take the final decision on India's next Chief of Defence Staff (CDS), those familiar with the development said.

They said the Chief Of Integrated Defence Staff to the Chairman Chiefs Of Staff Committee (CISC) is likely to coordinate the process of drawing up the panel of prospective candidates for the post of the Chief of Defence Staff.

Explaining the process, they said the government will follow the same protocol for the appointment of the CDS that is laid down for appointing the service chiefs.

The CDS is the chairman of the powerful Chiefs of Staff Committee (COSC) that also comprises the three service chiefs.

It is learnt that the possibility of appointing Gen Naravane to the top post is high considering his overall performance as well as the handling of the eastern Ladakh standoff.

The Army Chief is due to retire in April.

Gen Naravane is the senior-most among the three service chiefs.

On January 1 last year, Gen Rawat took charge as India's first CDS with a mandate to bring in convergence in the functioning of the Army, the Navy and the Indian Air Force and bolster the country's overall military prowess.

Another key mandate of the CDS was to facilitate the restructuring of military commands for optimal utilisation of resources by bringing about jointness in operations, including through the establishment of theatre commands.

A high-level committee set up to examine the gaps in India's security system in the wake of the Kargil war in 1999 had recommended the appointment of the CDS as a single-point military adviser to the defence minister.

The tenure of Gen Rawat as the CDS was till March 2023. The retirement age for the CDS is 65 years while the service chiefs have a tenure till they are 62 or for three years, whichever is earlier.

"It is highly likely that Gen Naravane is made the next Chief of Defence Staff and it will be a wise decision," said a former high-ranking military commander.

There has been a view among an influential section of the military planners that the Chief of Defence Staff should be from the Army, at least till the ambitious theaterisation process is completed under the ambitions higher defence reforms.

If Gen Naravane is appointed the CDS, then the government will also simultaneously have to look for his replacement.

In that case, Vice Chief of Army Lt Gen CP Mohanty and Northern Army Commander Lt Gen Y K Joshi will be the front-runner for the Army Chief's post, Lt Gen Mohanty and Lt Gen Joshi are from the same batch and are the senior-most commanders after Gen Naravane.

However, as Vice Chief of Army Staff, Lt Gen Mohanty, with extensive experience of serving extensively, in formations along the Line of Actual Control (LAC), has a much better chance of succeeding Gen Naravane if he is appointed the CDS.