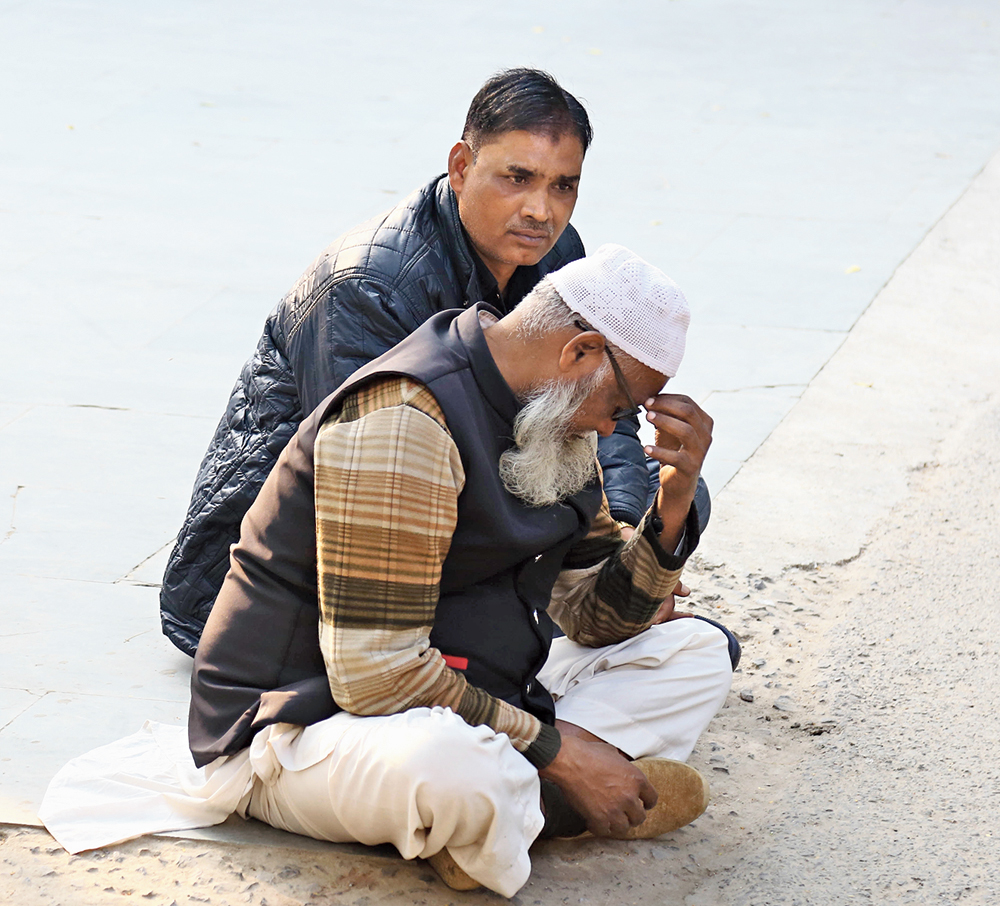 Forty-three workers, mostly from Bihar and Uttar Pradesh, were killed as fire broke out around 5am on Sunday in a Delhi building that housed the small factories where they worked and slept.

Fire officials said that although a few among the 100-odd sleeping workers escaped, many found themselves trapped by partially blocked exit routes and sealed windows, which also trapped the smoke inside.

They said most of the victims died of suffocation from the dense fumes emitted by the combustible material the four-storey building was stacked with, such as cardboards, plastic wrappings, garments, rexine, plastic toys and packaging material.

Sources said the building in Anaj Mandi housed a raft of units making glassware, handbags, garments and other goods but lacked a no-objection certificate from the fire department. A short circuit on the second floor is suspected to have started the blaze.

Thirty fire tenders, parked some distance away from the building that stands on a narrow lane, took nearly five hours to control the blaze.

Some 150 fire-fighters, who had to cut the window grills to enter the building, rescued 63 trapped people, of whom 16 were injured. Two firemen were injured too. One of the dead was a minor.

Muhammad Naseeruddin, a worker from Muzaffarpur in Bihar who lives nearby, said the fire killed two of his cousins and a friend from his village, all of whom worked in a jacket-making unit inside the building.

He said one of the cousins, Muhammad Raju, had called him for help. “He said he couldn’t get out. He was on the top floor. I reached the spot within 15 minutes; by then the fire tenders had arrived,” Naseeruddin said. “I saw charred bodies being taken to hospital.”

Some of the injured were shifted to hospital on autos.

Zameer Ahmad from Moradabad, Uttar Pradesh, lost both of his sons, Imran, 33, and Iqran, 23, who worked in a bag-making factory.

“I got a call from a police officer who asked me to come to Delhi. After arriving here, I learnt that my sons were dead. Imran leaves behind three daughters,” Ahmad said.

Building owner Rehan and manager Furkan have been arrested and charged with culpable homicide not amounting to murder and negligence of fire safety.

The Delhi government has ordered a magisterial probe into what happens to be the capital’s worst fire tragedy since 59 people died in the 1997 Uphaar cinema blaze. A report has been sought in seven days.

The Centre and the state government have announced Rs 2 lakh and Rs 10 lakh each, respectively, for the families of the dead and Rs 50,000 and 1 lakh each for the injured. Bihar will give Rs 2 lakh each to its bereaved families.