Advertisement
Home / India / Treat laws as an ‘experiment’ for a year or two, says Rajnath

Treat laws as an ‘experiment’ for a year or two, says Rajnath 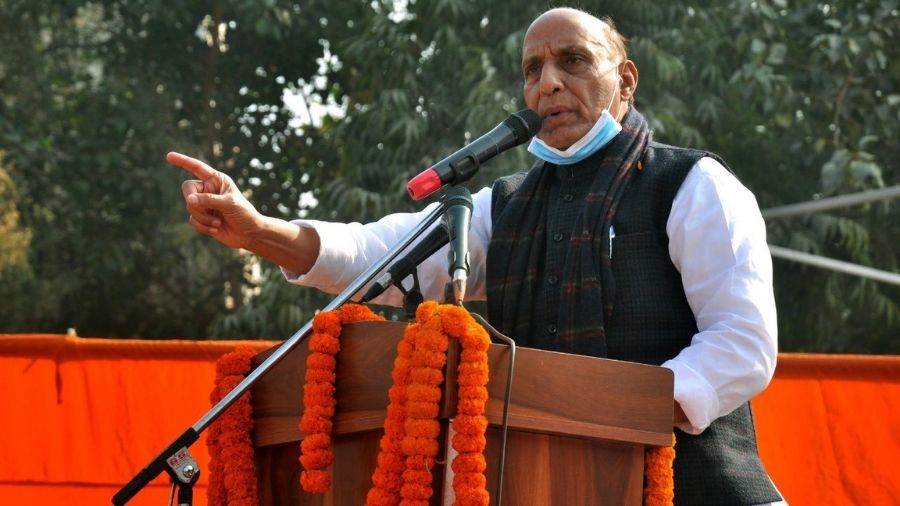 Union Minister of Defence and BJP leader Rajnath Singh on Friday urged protesting farmers to try the three new farm laws as an ‘experiment’ for a year or two, assuring that the government will bring in necessary amendments if they are not found beneficial.

Calling the agitating farmers as his own people, Singh said, “Those who are sitting on dharna are farmers and are born to farmers' families. We have a lot of respect for them.”

Tens of thousands of farmers have been protesting against the three agri-marketing laws for a month now, at different borders of Delhi, demanding their repeal. Five rounds of talks between them and the Centre have failed to end the deadlock, as they remain firm on their grounds.

Addressing a rally at Dwarka in the national capital, Singh said he himself is a farmer’s son and assured that the Modi government “will never do anything which is not in the interest of the farmers”.

“People are trying to mislead farmers about these farm laws that they are not in their interest. I am the son of a farmer and have worked in farms. I want to assure you that there is not a single provision in these laws which is against farmers,” the minister said at the rally, organised as part of the BJP’s campaign to spread awareness about the benefits of the laws.

He reiterated that the minimum support price (MSP) will continue and some people are trying to create a misconception that it will end.

“For once let this act (acts) be implemented, for a year or two... Try this experiment and if you feel that this act (acts) is not in the interest of farmers, then I can say you this with conviction as I know the intention of our Prime Minister Narendra Modi we will do all necessary amendments in it,” the former president of the saffron party said.

Underlining that all problems can be resolved through dialogue, Singh said Prime Minister Modi wants the talks with farmers to continue, and therefore, the government has extended an invitation to them.

He appealed to all protesting farmers to come forward for discussions on the farm laws and if they want to rope in experts for discussions, the government is ready for that as well.

“Several rounds of talks have been held whatever suggested by farmers our government has ready to do all those amendments. The problems can be resolved through dialogue only, wherever there is scope for amendment the government is ready to do that,” the minister said.