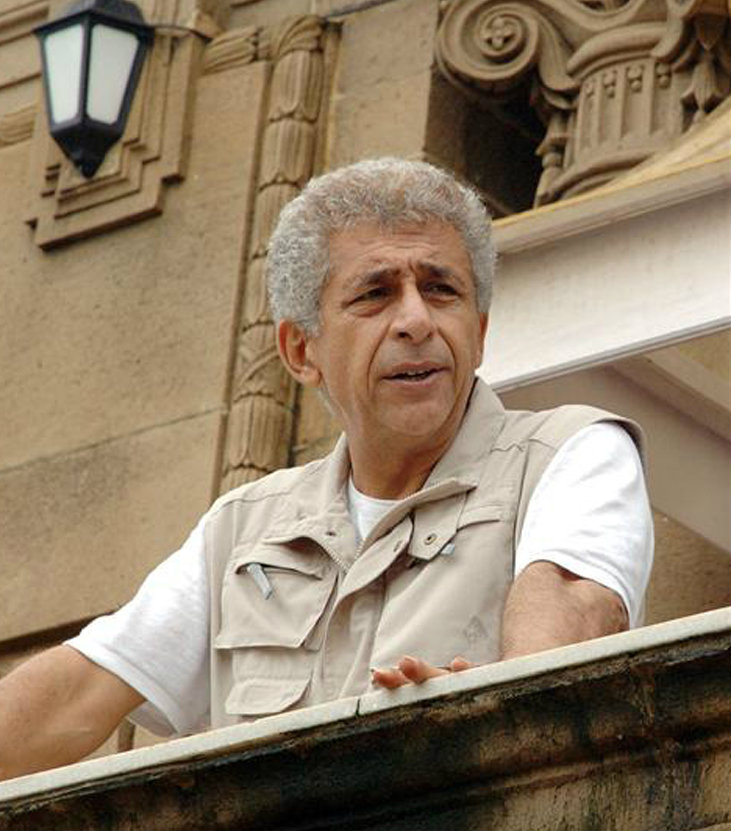 Naseeruddin Shah had said he was worried about the well-being of his children, who he said have not been brought up as followers of any particular religion.
The Telegraph file picture
PTI   |   Ajmer   |   Published 21.12.18, 10:27 AM

Wondering why his comments on mob violence were being misconstrued with some people calling him a 'traitor', actor Naseeruddin Shah said on Friday that he spoke as a 'worried Indian' and has the right to express concerns about the country he loves.

The veteran actor finds himself at the centre of a major controversy over his remarks on the spate of mob lynching cases in the country following the killing of a policeman in Bulandshahr earlier this month.

He said the death of a cow was being given importance over killing of a policeman.

'What I said earlier was as a worried Indian. I have said this earlier as well. What did I say this time that I am being called a traitor? It is very strange,' Shah told reporters at his alma mater, St Anselm's Senior Secondary School, in Ajmer.

'I have to bear criticism. If they have the right to criticise, then I also have the same right. I am expressing concerns about the country I love, the country that is my home. How is that a crime?' he asked.

Shah was responding to a question about the backlash he is receiving on social media following his remarks.

The 68-year-old actor had expressed anxiety over the growing mob violence in a video interview with Karwan-e-Mohabbat India, which the organisation shared on its YouTube channel on Monday.

In the interview, the actor expressed concern over the well-being of his children, who he said have not been brought up as followers of any particular religion.

Shah said the 'poison has already spread' and it will be now difficult to contain it.

'It will be very difficult to capture this djinn back into the bottle again. There is complete impunity for those who take law into their own hands. In many areas, we are witnessing that the death of a cow is more significance than that of a police officer,' he added.

On December 3, Inspector Subodh Kumar Singh and a student, Sumit Kumar, were killed in mob violence in Uttar Pradesh's Bulandshahr district after cow carcasses were found strewn around.

The main accused in the case is local Bajrang Dal leader Yogesh Raj.