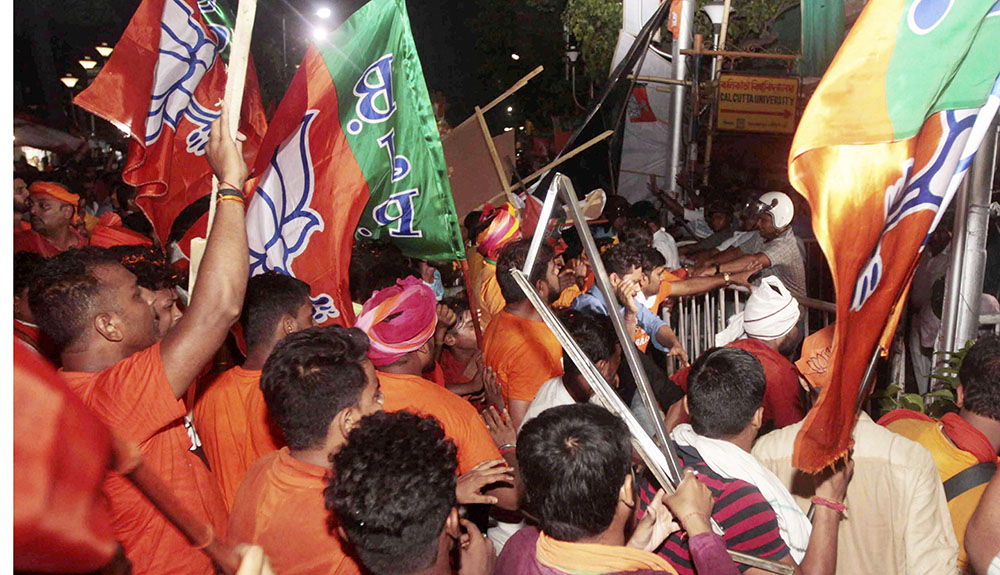 The Election Commission will hold a review meeting with observers and state chief electoral officers on Wednesday for the last phase of Lok Sabha polls on May 19.

The review meeting, to be held via video conference, comes a day after the Bharatiya Janata Party and Trinamul Congress workers fought pitched battles on streets of Calcutta during a massive road show by BJP party president Amit Shah.

'Since nine out of 59 parliamentary constituencies going for poll on May 19 are from West Bengal, it is natural that observers and poll officials from the state will also participate,' an official said.

He, however, refused to say whether the focus will be on West Bengal.

While Trinamul Congress has sought a meeting with the Commission on the issue, a BJP delegation urged the Election Commission on Tuesday to bar West Bengal Chief Minister Mamata Banerjee from campaigning in the state and alleged that 'constitutional machinery' has collapsed there.