The varsity has uploaded the draft and sought feedback from students, parents and faculty members by January 30 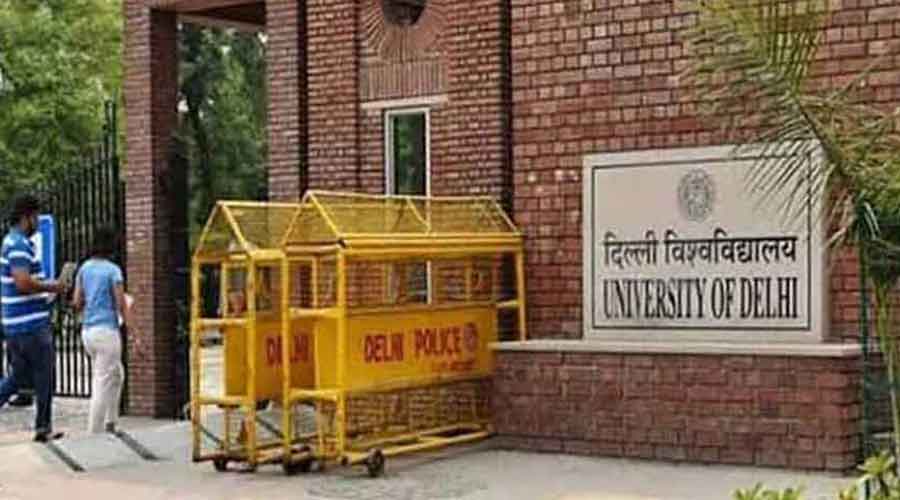 A proposed new syllabus for undergraduate courses at Delhi University has faced opposition from teachers’ groups who have alleged a reduction in academic content.

The teachers have two main objections:

⚫ The draft allows students to “opt for one, two or more discipline(s) of study as a core discipline(s) depending on his/ her choice”. The point has not been explained but the teachers fear the students will be allowed to “pursue multiple disciplines as their core”, leading to a lack of thorough knowledge in any subject.

The university has uploaded the draft and sought feedback from students, parents and teachers by January 30.

“The draft gives an impression that students can pursue multiple disciplines as their core,” said Rajesh Jha, a teacher at Rajdhani College.

Last month, the university circulated to its colleges and departments two more draft FYUP frameworks — mandating 184 and 164 credits, respectively. This is the fourth model being proposed.

“This dilution is unacceptable. Any such mindless change will lead to a massive dilution of the importance of these key courses for students,” Habib said.

She said that allowing the students to choose multiple “core” disciplines would rob their degrees of any meaningfulness, and that the role of institutions in providing a credible framework was being eroded in the name of “student’s choice”.

“Further, research has been made a compulsory component (in undergraduate courses). This will generate project shops and ‘cut and paste’ research at mass level,” Habib said.

“Research should come as one of the optional papers, the way it is currently offered.”

A group of executive council and academic council members of the university who are associated with the civil society group Academics for Action and Development have written to vice-chancellor Yogesh Singh asking that the proposed syllabus changes be deferred.

S.P. Aggarwal, principal of Ramanujam College, welcomed the draft curriculum. "The students will benefit in terms of flexibility of choice," he said.

The National Education Policy favours four-year undergraduate courses with the option to exit every year -- with some sort of certification - and return anytime.