It is likely to cause heavy to very heavy rain in the coastal districts of Bengal and isolated heavy rain in north coastal Odisha: IMD 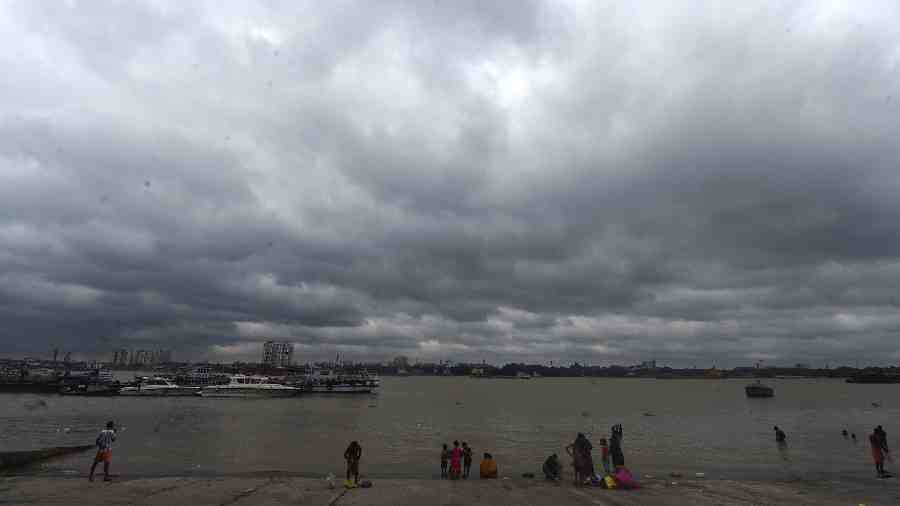 The southern districts of West Bengal, including Kolkata, woke up to light rain and an overcast sky on Monday as cyclone 'Sitrang' moved towards north Bay of Bengal, raising the likelihood of a downpour during the day and threatening to dampen Diwali festivities.

The system is expected to make a landfall between Tinkona island and Sandwip in Bangladesh early on October 25, the Met department said.

It lay centred around 430 km south of Sagar Island on Monday morning, the department said.

It is likely to cause heavy to very heavy rain in the coastal districts of West Bengal and isolated heavy rain in north coastal Odisha, the India Meteorological Department (IMD) said.

Sitrang, which is likely to intensify further into a severe cyclonic storm, will bring in its wake heavy to very heavy rain and wind reaching speed of 90 to 100 kmph, gusting to 110 kmph, in the coastal districts of South 24 Parganas, North 24 Parganas and East Midnapore on Monday, the weather office said.

Calcutta and the adjoining districts of Howrah and Hooghly are set to experience moderate to heavy rainfall on Monday, the Met said.

The widespread rain, expected later in the day, is likely to cast a shadow on Diwali and Kali Puja celebrations in the state.

In Calcutta, the wind speed could reach up to 50 kmph, affecting marquees set up for Kali puja celebrations.

The morning rain, however, could not, dampen the spirits of devotees who turned up in droves early in the day at the popular Kali temples of Kalighat, Dakshineswar and Thanthania in Kolkata.

The weather office said that the Sunderban region in West Bengal and Bangladesh is likely to get heavily impacted by the cyclone.

Torrential rain, accompanied by wind gusting up to 100 kmph and high tidal waves, may damage kutcha embankments and roads and disrupt power and communication lines in the region, it said.

The deputy director general of the regional meteorological centre here, Sanjib Bandopadhyay, has said that the breach of kutcha embankments, owing to the storm surge accompanied by high astronomical tide on new moon, may lead to sea water inundation of low-lying areas.

Tidal waves are likely to reach a height of six metres owing to the twin effect of the weather system and astronomical tide.

A Calcutta Municipal Corporation official said steps are being taken to tackle any situation that may emerge in the metropolis owing to Sitrang.

"All pumping stations are fully active. People living in dilapidated buildings are being shifted to local schools or community halls," he said.

Fishermen have been advised not to venture into the sea on October 24 and 25.

Ferry services in Sunderbans and water-bound tourist activities at seaside resort towns of Digha, Mandarmoni, Shankarpur, Bakkhali and Sagar have also been suspended as a precautionary measure.