After SC prod, Centre to discuss community kitchens with states

A petition quoting the Food and Agriculture Report 2018, has stated that India houses 195.9 million of the 821 million undernourished people of the world 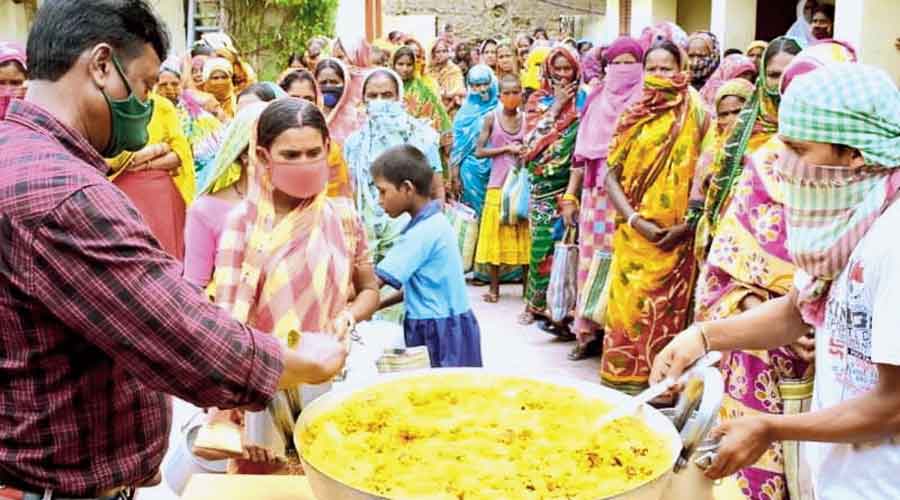 The Centre has decided to act on Supreme Court’s suggestion to chalk out a uniform scheme across the country to pave the way for supply of cheap food to the poor in timebound manner with the creation of ‘food grid’.

The government is going for a threadbare discussion on Thursday engaging state food ministers to start a community kitchen for the poor.

Union Food Minister Piyush Goyal will chair the meeting to discuss the issue of community kitchen and other issues, an official statement said.

Issues such as ‘One Nation One Ration Card’, Aadhaar-seeding of ration cards and biometric authentication of transactions in fair price shops are also likely to be featured in the discussion.

On November 16, Supreme Courtestioned the Centre’s commitment to run community kitchens to stave off hunger across the country.

The first job of a welfare sate was to ensure that people did not starve to death. Hearing a writ petition filed jointly by activists Anun Dhawan, Ishann Dhawan and Kunjana Singh that prayed for setting up community kitchens and establishment of a national food grid, the apex court asked the government to hold a meeting and frame the policy in three weeks.

The petition quoting the Food and Agriculture Report 2018, has stated that India houses 195.9 million of the 821 million undernourished people of the world, accounting for approximately 24 per cent of the world’s hungry.

Prime Minister Narendra Modi, who reviewed the Poshan Abhiyaan on Wednesday with secretaries of related ministries, said that it should be implemented in mission mode in each State. He also talked about participation of Self-Help Groups (SHGs) and other local organisations in promoting awareness on children’s health and nutrition at grassroot level, which will help in improving the reach and uptake of the Abhiyaan, aimed at curbing malnutrition.