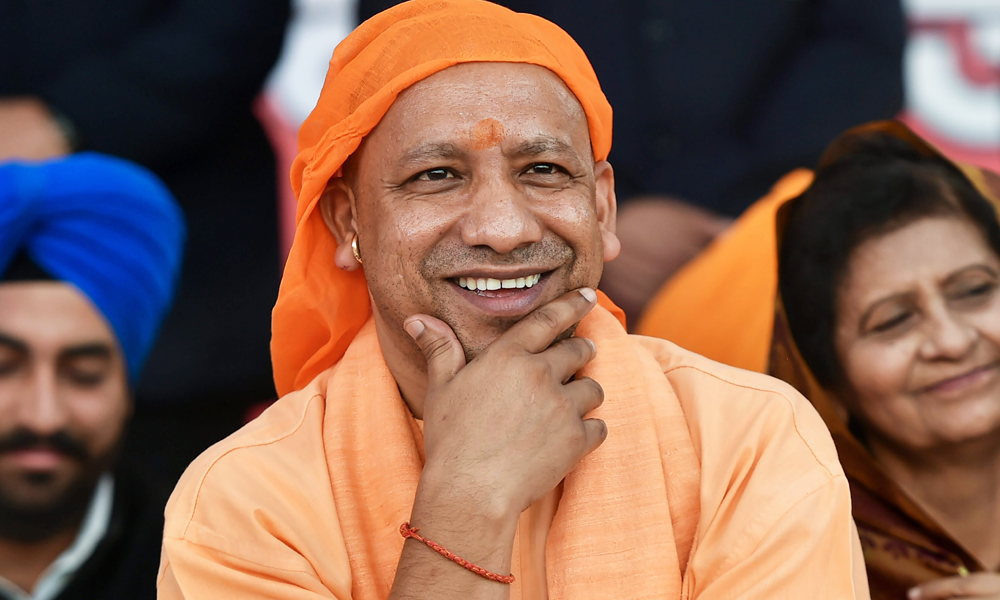 The BJP is raring to propel Hindutva mascot Yogi Adityanath into its agitation against allowing women of childbearing age to enter the Sabarimala temple in Kerala.

While it is still not clear whether the Uttar Pradesh chief minister would visit the hill shrine, Adityanath will be the chief guest at the “Hindu Samajotsav” to be held by the RSS on December 16 in Kasargod, the northernmost Kerala district that borders Dakshina Kannada in Karnataka.

It is expected that Adityanath would use the opportunity to launch himself into the Sabarimala fiasco, which the BJP is trying to tap to gain a toehold in Kerala. The party has been at the forefront of the agitation since the Supreme Court on September 28 lifted the ban on the entry of women of childbearing age into the temple to Lord Ayyappan in Sabarimala.

Adityanath’s presence at the Hindu Samajotsav will serve another political purpose too — Kasargod is considered the “gateway” to Kerala because of its location and proximity to coastal Karnataka, where the BJP wields considerable influence.

The BJP has been eyeing the adjacent Kasargod and Manjeshwar Assembly constituencies in the past few elections. Both seats are held by the Indian Union Muslim League, a part of the Opposition United Democratic Front led by the Congress. A bypoll is scheduled to be held in Manjeshwar as its sitting MLA has died.

The BJP leadership in Kasargod played down the Hindu Samajotsav as a “local event” limited to the district.

“This time we are holding the Hindu Samajotsav in Kasargod. This has no hidden agenda,” district BJP chief K. Srikanth told The Telegraph on Friday. Srikanth confirmed Adityanath’s participation in the event.

Asked why the Samajotsav had been scheduled in Kasargod, Srikanth said the district faced “unique” problems that needed attention. “Love jihad is common here. Several young people are joining the Islamic State. So we want to address these issues at the conference,” he said.

Sources said the Sangh parivar was using the border district to spread the Sabarimala agitation to Karnataka and beyond.

A BJP source hinted at the possibility of Adityanath visiting Sabarimala, 500km from Kasargod.

“Nothing has been finalised yet, but it’s on the cards,” said the leader from north Kerala who did not wish to be named.

The CPM was not overtly worried about Adityanath’s presence in Kerala. “Kerala is not Uttar Pradesh and our progressive movement is not something that would fall apart so easily,” said M.V. Balakrishnan, the district secretary of the ruling CPM.

But he had a word of caution for the people of Kerala, mainly because of the Samajotsav’s intent. “The Sangh parivar is definitely trying to inflame communal passion by broaching the Sabarimala issue,” Balakrishnan said.

The Kerala BJP had earlier declared that national leaders would be called in to give a fillip to the Sabarimala campaign.

A Vishwa Hindu Parishad leader from Karnataka’s Mangalore, neighbouring Kasargod, confirmed that Adityanath and several other leaders and workers of Sangh parivar organisations would come from coastal Karnataka to attend the Hindu Samajotsav.

“A lot of workers will be attending since Sabarimala is an important issue for us,” said the VHP’s Mangalore secretary, Shivananda Mendon.

Sangh parivar leaders from the coastal Karnataka districts — Dakshina Kannada, Udupi and Uttara Kannada — usually make it a point to attend such events in Kasargod.

“We are planning a major public meeting on the Sabarimala issue in Mangalore next month. Right now we are busy with our rally on Ayodhya,” Mendon said. The rally on Ayodhya will be held on November 26.

Union minister of state Pon Radhakrishnan is the only central leader to have visited Sabarimala since the protests started. But that ended in controversy after police made the minister and his entourage take a bus from the Nilakkal base camp, 23km downhill from Sabarimala.

Adityanath’s visit to Kerala in October last year had kicked up a storm because of his uninformed comments on the “poor” law and order and health care in the state. He had even promised to bring Kerala “on a par” with Uttar Pradesh if the BJP came to power in the southern state.

Kerala chief minister Pinarayi Vijayan had lost no time in pointing out that his state’s infant mortality rate was 10 against the national average of 34 and Uttar Pradesh’s 43.