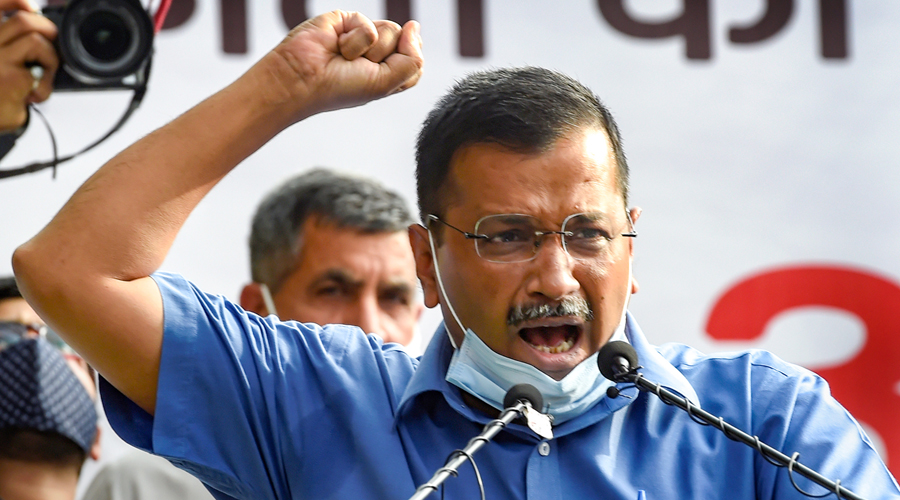 The Delhi government has criticised the Lieutenant Governor for holding a meeting on Covid-19 directly with officials "behind the back of an elected government". A tweet by Chief Minister Arvind Kejriwal to this effect is likely to aggravate rocky ties between the Aam Aadmi Party government and Lieutenant Governor Anil Baijal over blurry lines on how best to run the national capital.

"It is against the Constitution and Supreme Court judgement to hold such parallel meetings behind the back of an elected government. We are democracy. People have elected a Council of Ministers. If you have any questions, please ask your ministers. Avoid holding direct meetings with officers. Let's respect democracy, sir," Kejriwal replied to a tweet by the Lt Governor's office showing photos of him meeting Delhi officials over the Covid situation.

The Kejriwal government has been particularly offended by an amended law on governing the national capital, which cleared parliament in March this year, as in its view the Government of National Capital Territory of Delhi (Amendment) or GNCTD Act gave more powers to the Lt Governor - the centre's representative in Delhi - compared to the city's elected government.

The centre maintained the amended law would further define the responsibilities of the elected government and the Lt Governor in line with the constitutional scheme of governance, as interpreted by the Supreme Court. A blurry line of responsibilities has been the biggest point of conflict between the Lt Governor's office and the Aam Aadmi Party government ever since it came to power in the national capital in 2013.

Kejriwal had called the amendment to the GNCTD Act an "insult" to the people of Delhi.

It is against Constitution n SC CB judgement to hold such parallel meetings behind the back of elected govt.

We r a democracy. People hv elected a Council of Ministers. If u have any Qs, pl ask ur ministers. Avoid holding direct meetings wid officers

Among other measure, Baijal asked officers to ensure all liquid oxygen plants are made functional and media oxygen storage tanks are kept in top shape at least by the end of this month.

Steps to ensure enough buffer stock of medicines for Covid and Black Fungus were discussed. "Concern was expressed regarding reported violation of Covid appropriate behaviour in Metro and other means of public transport," the Lt Governor tweeted.