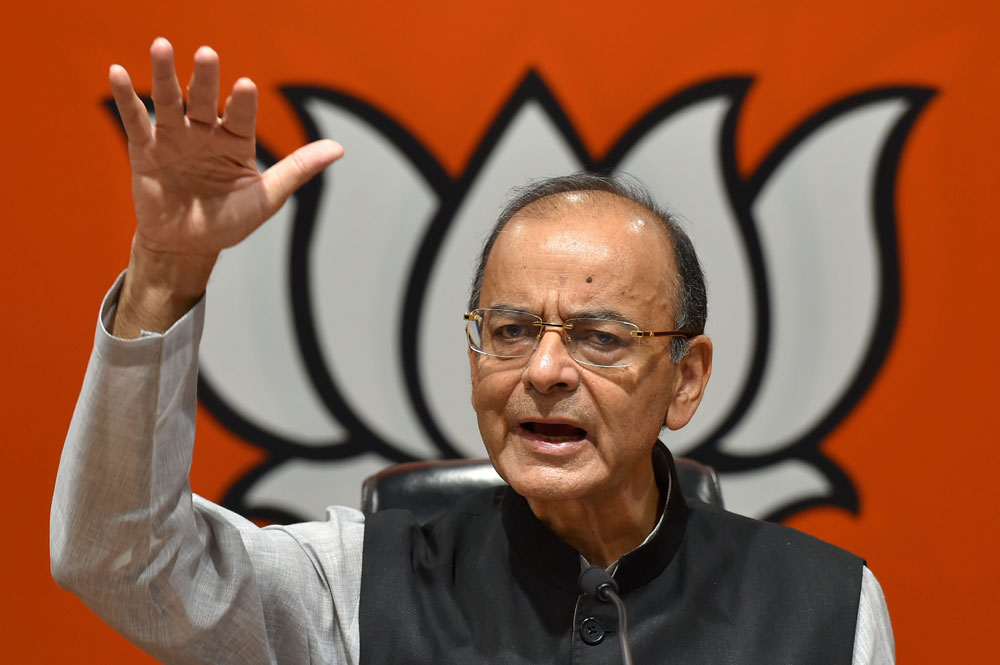 Jaitley was supposed to take over as the BCCI president in 2014 in the wake of the spot-fixing scandal that rocked Indian cricket and implicated N. Srinivasan’s son-in-law Gurunath Meiyappan.
(PTI)
TT Bureau   |   Calcutta   |   Published 24.08.19, 09:00 PM

Arun Jaitley, who passed away in New Delhi on Saturday at the age of 66 after battling a long illness, was always seen as a kingmaker in the country’s cricket administration.

He never became the president of the Board of Control for Cricket in India (BCCI) but wielded enormous clout in the running of its affairs till the time the Supreme Court-appointed Committee of Administrators took charge of its functioning. He was always seen as a backroom strategist who shaped the decision-making process of the Board.

No doubt his death will come as a huge blow to N. Srinivasan and the others who have been protesting against the implementation of the Justice RM Lodha committee reforms.

It’s a well-known fact that political heavyweights from various parties have played a huge role in BCCI politics. Following in the footsteps of Sharad Pawar, Jaitley emerged as a power centre in BCCI politics and enjoyed considerable say.

Jaitley was supposed to take over as the BCCI president in 2014 in the wake of the spot-fixing scandal that rocked Indian cricket and implicated N. Srinivasan’s son-in-law Gurunath Meiyappan.

But since the 2014 Lok Sabha elections were Jaitley’s priority, he refused to accept the BCCI top post and instead chose to remain the kingmaker.

The late Jagmohan Dalmiya was made the BCCI president unanimously at the AGM in Chennai in 2015 after Jaitley stepped in and approved his candidature. Anurag Thakur, too, had caused an upset by winning the secretary’s post. He defeated the incumbent and favourite, Sanjay Patel, by a 15-14 margin. Patel’s loss came as a surprise and huge shock to Srinivasan’s men.

Many believed that there was a huge political influence behind Anurag’s victory because Jaitley ensured his young party colleague didn’t lose to Patel. Two members abstained from voting and that upset Srinivasan’s plans.

It was a matter of time before Shashank Manohar’s presidency would go to Anurag since Jaitley had all along backed his party man and made sure he crossed every hurdle.

Jaitley relinquished the BCCI vice-president’s post due to political commitments but remained one of the most respected voices in the BCCI.

He played a key role when the BCCI moved the Supreme Court in 1993, defending the Board’s right to telecast its own cricket matches and support the game by generating revenues from broadcasting rights.

He also headed the BCCI’s disciplinary committee, which imposed life bans on cricketers Sreesanth and Ankeet Chavan for their alleged role in spot-fixing during the sixth edition of the Indian Premier League.

His tenure as president of the Delhi and District Cricket Association (DDCA), from 1999-2013, was not shorn of controversy. Several DDCA members including former cricketers Bishan Singh Bedi and Kirti Azad, who was a BJP MP from Darbhanga, had alleged numerous irregularities and mismanagement in the running of the association’s affairs.

Despite his exit from the association, Jaitley continued to enjoy immense clout in the DDCA. The current DDCA president Rajat Sharma was handpicked by him and many believed that all major decisions would still be taken after Jaitley’s approval.

The post-Jaitley era is sure to change equations in the BCCI administration. There’s no doubt about that.