After BJD's support, NDA presidential nominee Droupadi Murmu to have a smooth sailing 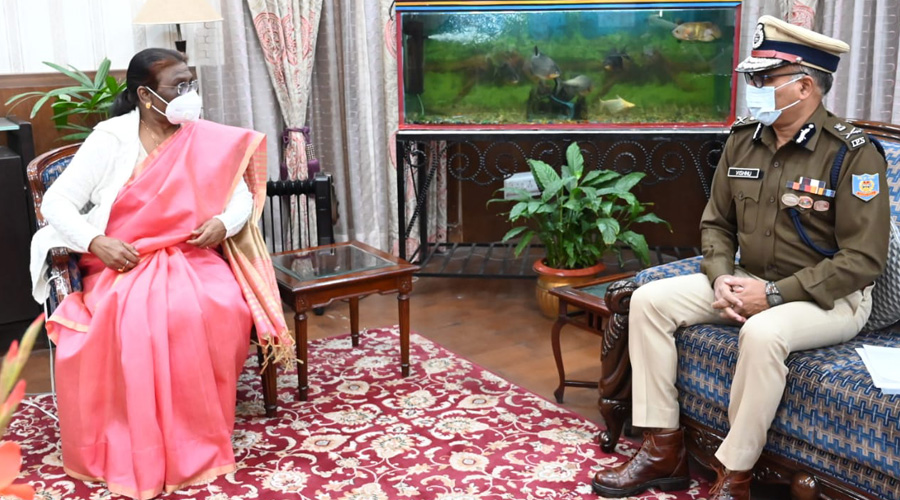 With the BJD backing NDA presidential candidate Droupadi Murmu, the vote share of the ruling dispensation has now crossed 50 percent, virtually, paving the way for her election as the first tribal president and the youngest too.

The ruling party in Odisha has 114 MLAs in the House of 147 members in the Assembly while the BJP has 22 lawmakers. It has 12 MPs each in the Lok Sabha and nine in the Rajya Sabha.

The NDA candidate is likely to get the support of some regional parties including the AIADMK, and the YSRCP for its candidate in the presidential poll.

The ruling BJP's strength in the crucial upper house of Parliament is 92 after the results of the just-concluded Rajya Sabha elections. It has a total of 301 MPs of its own in the Lok Sabha.

The BJP's empathic win in four assembly polls, including in all-important Uttar Pradesh, where the value of the vote of each MLA is more than any other state, has only added to its overall advantage.

Though the BJP and its allies in the NDA have fewer MLAs than they had during the 2017 presidential polls, their numbers of MPs have gone up since.

The BJP had sprung a surprise by picking former Jharkhand Governor and tribal leader Droupadi Murmu to succeed Ram Nath Kovind, a leader from the Dalit community, for the top constitutional post in the country.

According to the latest official figures, the BJP on its own has 393 MPs, excluding four nominated Rajya Sabha members who cannot vote, out of the current strength of 776 members from both Houses, giving it a clear majority.

The BJP's numerical advantage in Parliament, which has almost half of the votes in the electoral college which also comprises all elected MLA, is further enhanced when the strength of its allies like Janata Dal (United), which has 21 MPs in total, Rashtriya Lok Janshakti Party, Apna Dal and several from the Northeastern states are added.

While there are 776 MPs of both Lok Sabha and Rajya Sabha, each having 700 votes, there are as many as 4,033 legislators in states with different votes who will also elect Ram Nath Kovind's successor.

Though the final list of electors will be notified after the by-elections to three Lok Sabha seats and Rajya Sabha polls to 16 seats, the NDA has 440 MPs in its favour while the opposition UPA has around 180 MPs, besides 36 MPs of Trinamool Congress who normally support the opposition candidate.

Among the states, the BJP has a maximum of 56,784 votes from Uttar Pradesh where it has 273 MLAs. Each MLA in Uttar Pradesh has a maximum vote of 208. The NDA will get its second-highest votes among states from Bihar where with 127 MLAs, it will get 21,971 votes as each legislator has 173 votes, followed by 18,375 votes from Maharashtra where it has 105 MLAs and each has 175 votes.

The UPA, on the other hand, has a little over 1,50,000 votes of its MPs and will get around the same number of votes from its legislators in states.

Opposition candidates in the past too have been getting a little more than three lakh votes in the previous elections for the highest post in the country.

The value of the vote of a Member of Parliament has gone down to 700 from 708 in the presidential polls this time due to the absence of a legislative assembly in Jammu and Kashmir.

The value of the vote of an MP in a presidential election is based on the number of elected members in legislative assemblies of states and union territories, including Delhi, Puducherry and Jammu and Kashmir.

The election will be held on July 18 to elect incumbent Kovind's successor, the Election Commission announced on Thursday.

The nominations can be filed till June 29 and the result of the election will be out on July 21.

When elected, Murmu, a former governor of Jharkhand, will be the first president who was born post-independence.

The candidature of the 64-year-old tribal leader from Odisha was announced by BJP chief J P Nadda on Tuesday night, hours after former Union minister Yashwant Sinha was declared the joint candidate by many opposition parties, including the Congress, the TMC and the NCP.