Adityanath takes jibe at Mayawati and Akhilesh over Noida 'jinx' 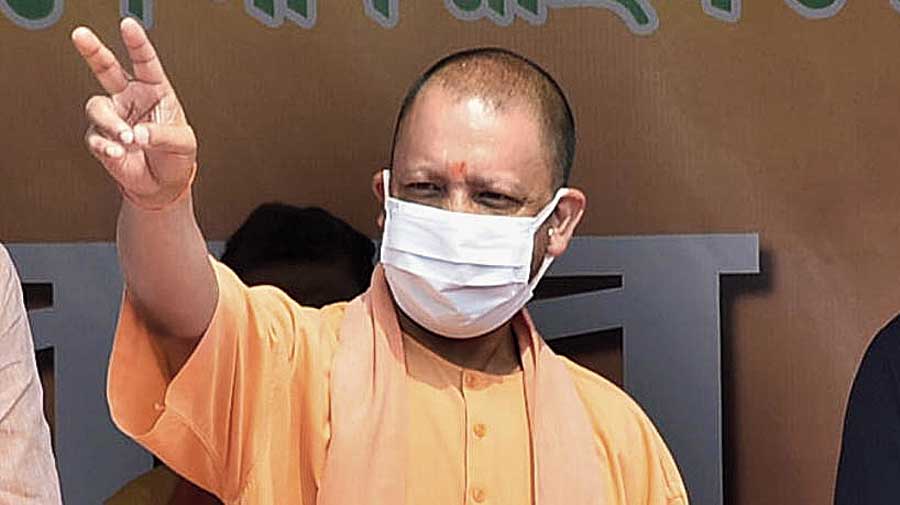 Uttar Pradesh Chief Minister Yogi Adityanath visited Gautam Buddh Nagar on Wednesday and hit out at BSP supremo Mayawati and Samajwadi Party chief Akhilesh Yadav, saying his predecessors hesitated coming here as they did not have any agenda for the growth and well-being of people.

Visiting Noida, adjoining Delhi, in western Uttar Pradesh's Gautam Buddh Nagar district was considered a "jinx" among the leaders of political parties in the past, who believed that visiting the area was a bad omen for a chief minister.

Mayawati visited Gautam Buddh Nagar and her party lost the 2012 polls, while Yadav paid no visit to the district during his tenure as chief minister from 2012 to 2017.

However, Adityanath, who became the chief minister in 2017 with a strong mandate, has frequently visited the state's financial capital over the years and used the opportunities to hit out at his predecessors over the superstitious belief.

On Wednesday, the BJP leader said he was in Gautam Buddh Nagar to review the preparations for the third wave of the COVID-19 pandemic, considering the proximity of the district to Delhi and the frequent movement of people to and fro the national capital.

"But coming to Gautam Buddh Nagar also becomes important for me as the chief ministers who preceded me always hesitated visiting the district," he told a press conference at the Government Institute of Medical Sciences (GIMS) in Greater Noida.

"They were afraid. Their own lives and political power were the only things important for them. They had no agenda for economic prosperity, health and well-being of the people of the state and hence, they were hesitant about visiting Gautam Buddh Nagar.

"But I have got multiple opportunities to visit Gautam Buddh Nagar, including during the pandemic," Adityanath said.