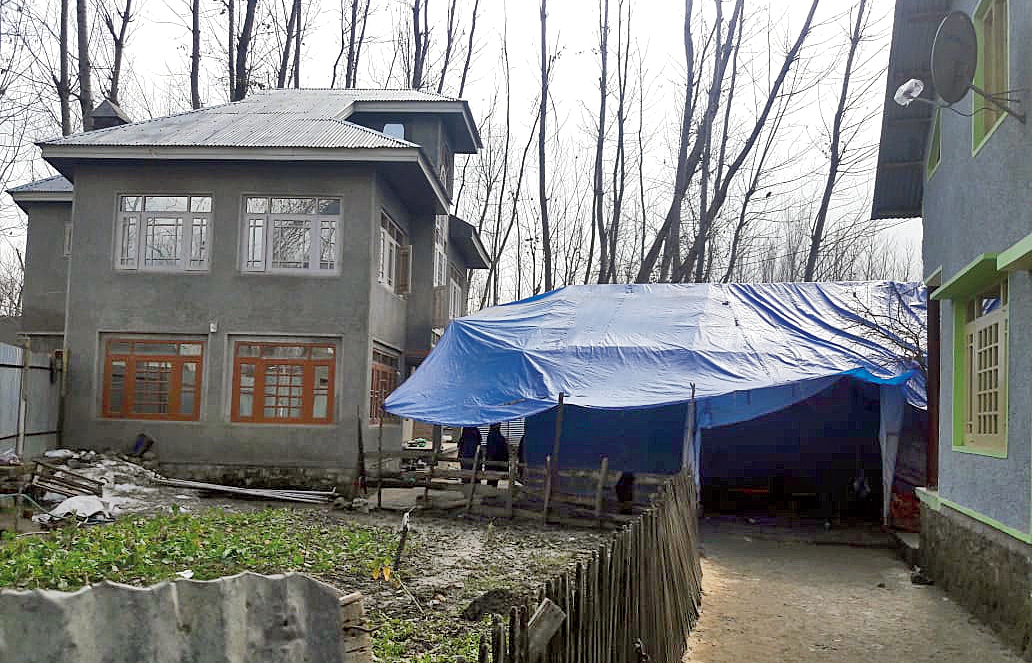 The life of Adil Ahmad Dar, the suspected suicide bomber aged 19, is an ominous example of how indoctrination can turn moderates into killing machines, accounts by his relatives suggest.

Soon after the Pulwama bombing, the Jaish-e-Mohammad had claimed that Adil had carried out the attack that killed 40 CRPF personnel. If Adil indeed was the bomber, it adds an uncommon dimension to the recruitment and indoctrination of impressionable minds by the terror outfit.

His relatives and friends told The Telegraph at his home that Adil subscribed to the views of the Barelvi movement, a moderate Sufi strand, before he drifted over to Jaish.

The militants have traditionally drawn support from all sections of Kashmiri society but it is unusual that Jaish, which follows the Deobandi ideology, could find a recruit for an attack of such dimension from the Barelvi school that is not known to propagate jihadi ideology.

Barelvis encourage visits to shrines, in bitter opposition to the Ahl-i Hadeeth and Deobandi schools that consider such acts as forbidden.

Not that Adil’s family did not have any militants, in spite of the entire village following the Barelvi strand. Adil’s cousin Manzoor Ahmad was a Lashkar militant and was killed in 2016.

But few in Kashmir would have thought that the biggest ever attack in the three-decade-old militancy could be entrusted with someone brought up on the ideals of the Sufi movement.

Imtiyaz Ahmad Dar, a relative a few years older than Adil, said the teenager would wear his Barelvi ideology on his sleeves and would confront more radical men at times.

“He had a religious bent of mind but he was associated with the Barelvis. This village is, in fact, entirely Barelvi. Sometimes, he would lead prayers at our local mosque, more often he would recite Naat (praise for the Prophet),” Imtiyaz told this correspondent at Adil’s home.

Security forces had blocked the road leading to the village and an 8km detour had to be undertaken to reach the house in Gundhibagh village, around 10km from the attack site in Pulwama.

“We would go to mosques to listen to speeches by Barelvi scholars. Every year, we would go to the Chrar-e-Sharief shrine in the month of Ramazan and spend a night there. For some months, he even enrolled at a Barelvi Darul Uloom (seminary) near Anantnag to learn more about the movement.”

Chrar-e-Sharief is one of the most important Sufi shrines of the Valley, which was gutted in a prolonged gunfight between security forces and militants in 1995.

A friend of Adil, who declined to be named, said: “The Barelvis don’t talk much about jihad. After the 2016 agitation (triggered by the death of Hizb commander Burhan Wani), the killings and blindings (because of pellet shots) seem to have motivated him to pick up arms,” he said.

A complete shutdown was observed in Friday and hundreds participated in Adil’s funeral in absentia. Security forces personnel were deployed in strength and the roads were mostly free of traffic with only a few people walking.

Ghulam Hassan Dar, Adil’s father, said his son was a Class XII dropout and joined militancy in March last year. For some time, Adil worked at a bandsaw mill adjoining his house to support his family.

“I saw him only once after he picked up the gun. I have no idea why he joined them (the militants),” Ghulam Hassan said.

Other residents of the village said Adil and his best friend Sameer together joined militancy last year. “Sameer was pursuing a post-graduation course. We never saw them discuss militancy and the entire village was surprised when they joined last year,” a resident said.

Police sources said Jaish was at the forefront of indoctrinating the local youths for fidayeen squads and they fear Adil’s example might be followed by others.