A Kerala court on Saturday remanded Bishop Franco Mulakkal in two days’ police custody for further investigation of the rape charge against him. 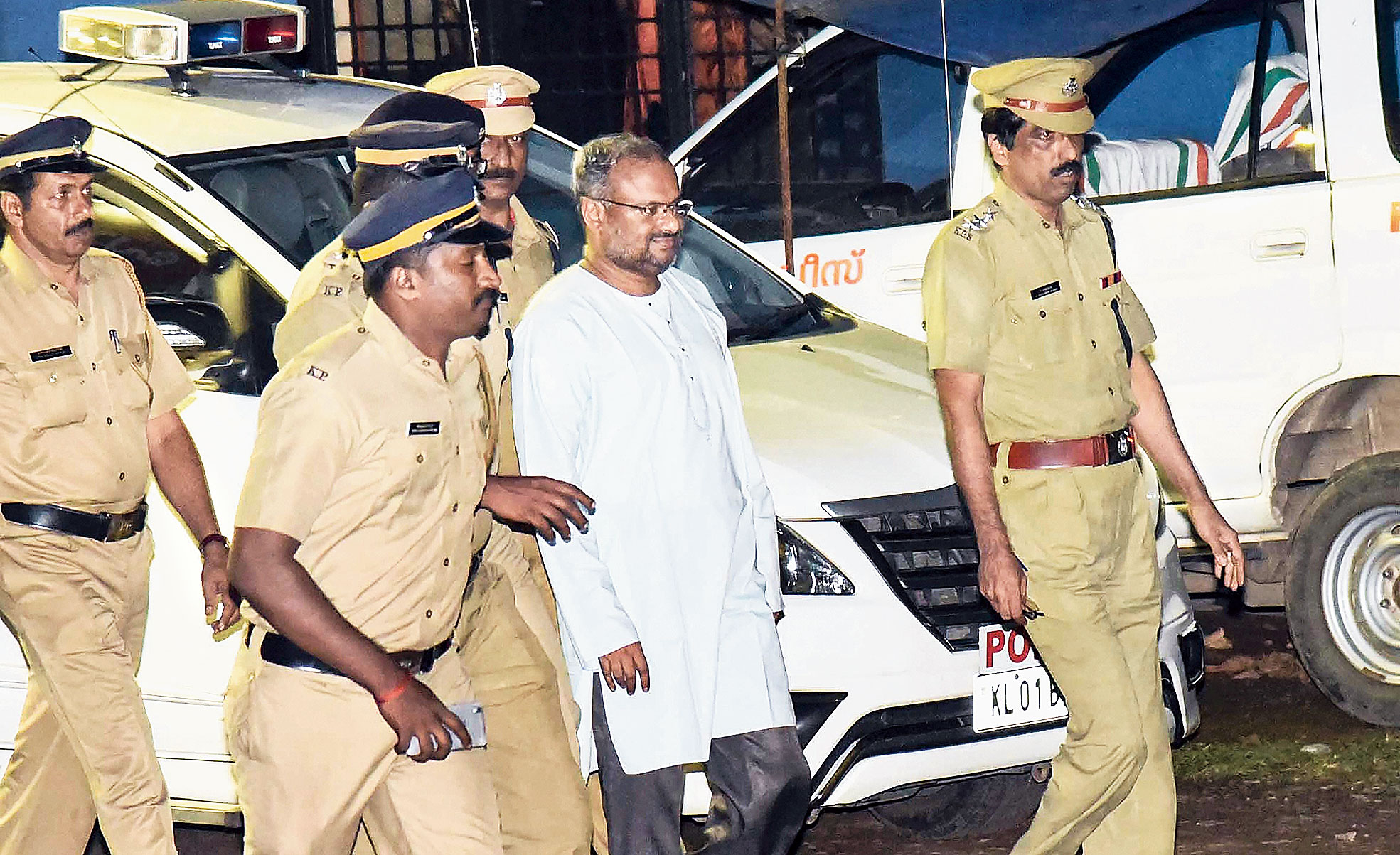 A Kerala court on Saturday remanded Bishop Franco Mulakkal in two days’ police custody for further investigation of the rape charge against him.

The prosecution had sought police custody for three days. The magistrate’s court in Pala, Kottayam district, ordered the police to produce Mulakkal before it at 2.30pm on Monday.

While in custody, Mulakkal will be taken for a potency test, most likely at Kottayam Medical College.

Sources said he could be further interrogated in connection with the allegation that he had raped a nun 13 times between 2014 and 2016.

After extensive questioning over three days, Mulakkal was arrested at 8pm on Friday.

But he complained of uneasiness and chest pain and was rushed to Kottayam Medical College, where he was kept under observation till Saturday morning.

He was discharged around 7am and taken to Kottayam Police Club, and later to the court.

According to a source, Mulakkal will be kept in custody at the police club, which has been fully secured with heavy deployment of policemen.

Local people hurled abuses at Mulakkal, who has been temporarily relieved of his duties as bishop on his request, wherever he was taken to.

Clad in the same white kurta and black pants he had changed into soon after his arrest on Friday, Mulakkal sported a smile whenever he faced journalists.