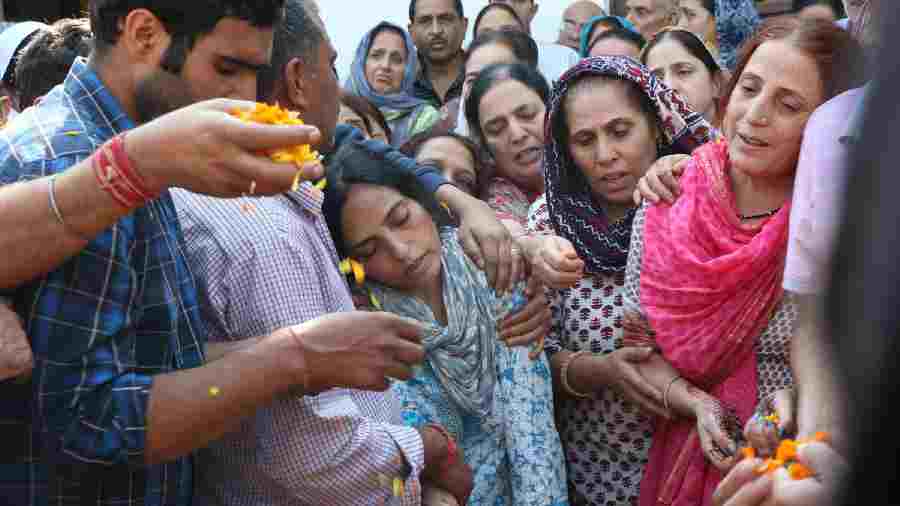 As terrorists carried out a number of targeted killings recently, 10 Kashmiri Pandit families have left their village in Shopian district in south Kashmir out of fear and reached Jammu.

The residents of Choudharygund said the recent terrorist attacks have triggered a fear psychosis among the Pandits who lived in Kashmir through the most difficult period of terrorism in 1990s and did not leave their homes.

Kashmiri Pandit Puran Krishan Bhat was gunned down by terrorists outside his ancestral house in Choudharygund village of Shopian district on October 15. On October 18, Monish Kumar and Ram Sagar were killed in a grenade attack by terrorists while they were asleep in their rented accommodation in Shopian.

"Ten families comprising 35 to 40 Kashmiri Pandits have migrated out of our village due to the fear psychosis," a resident of Choudharygund village who faced a death threat recently told PTI.

He said the village was now empty.

"The situation is not conducive for us to live in Kashmir Valley. We live in fear due to killings. There is no security for us," another villager said.

The villagers alleged a police post was set up away from their village even though they repeatedly sought protection.

They said they have left everything in their houses, even the recent harvest of apple.

Those who have reached Jammu are living with their relatives.