The demonstration follows the murder of Puran Krishan Bhat, a Kashmiri Pandit 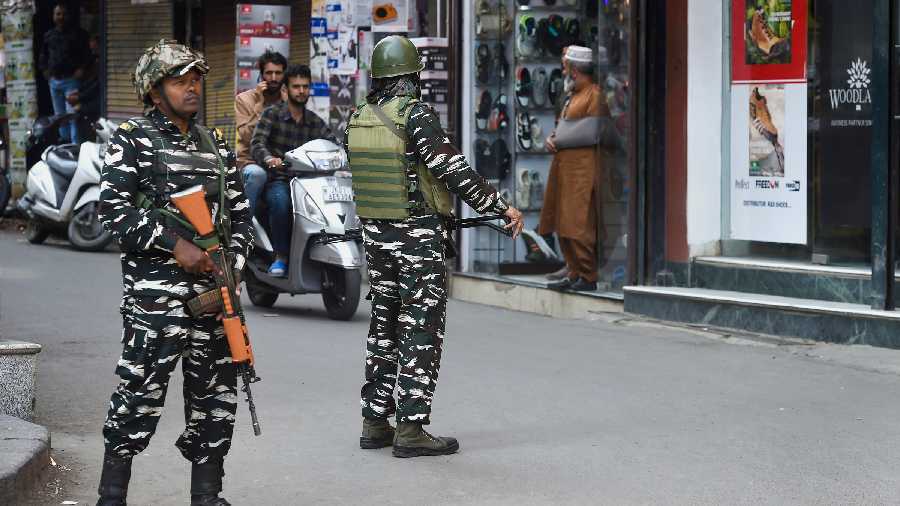 Dogra employees of the Union Territory administration on Wednesday held a demonstration here over targeted killings of minorities and demanded immediate relocation away from the Valley.

The protest follows the murder of Puran Krishan Bhat, a Kashmiri Pandit who was shot dead, allegedly by militants, in Shopian district on Saturday.

Several organisations held protests across the Union Territory in the wake of Bhat's murder, while Kashmiri migrant pandit organisations expressed concern over the unabated targeted killings.

The employees assembled under the banner of All Jammu-based Reserved Categories Employees Association.

Lashing out at the administration, the protesters alleged that 7,000 employees belonging to minority communities, including Kashmiri Pandits, serving in the Valley "have been caged by the faulty and unconstitutional transfer policy" that did not allow them to transfer out of Kashmir.

They also hit back at the administration for issuing arbitrary orders to force them to join services in the Valley. The administration has withheld their salaries after they failed to report for duty, a protesting employee said.

"Whose orders are we to accept? Terrorists send threat letters warnings us that we would be killed if we return to the Valley. The administration says return to work or face stoppage of salaries or dismissal of services," said Sunita Devi, the protesting employee.

"We have been denied salaries for four months. Even on big festival days, salaries have not been released. The government has failed to address our demands for transfer and relocation from the Valley."

The employees returned to Jammu following the killing of Rajni Bala, a schoolteacher in south Kashmir's Kulgam district on May 31.

The employees' association also hit out at the administration and the BJP for their "lip service and condemnations" following each targeted killing without making efforts to stop them.

The terrorists are killing people from minority communities and openly claimimg responsibility. They are not only challenging the government but also creating fear psychosis among the employees, they said.

The protesters said targeted killings of minorities have been going on for a year but the government had not only failed to protect them but also could not instill confidence in them.