The octogenarian, best known for playing Raavan on the popular 1986 mythological show 'Ramayan', succumbed to a heart attack 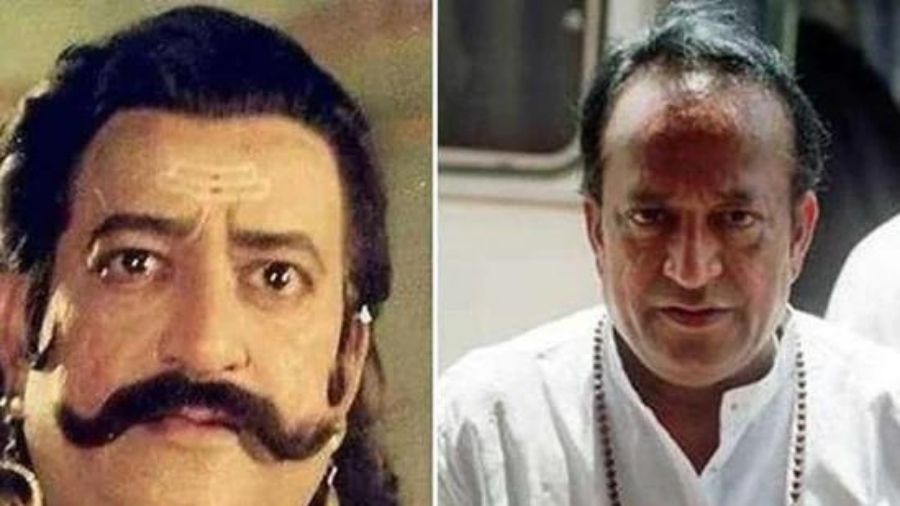 Veteran actor Arvind Trivedi, best known for playing Raavan on the popular 1986 mythological show "Ramayan", died on late Tuesday evening following a heart attack. He was in his early 80s.

According to the actor's nephew, Kaustubh Trivedi, the actor had been unwell for a long time and breathed his last around 10 pm at his residence here in suburban Kandivali.

"He had a lot of age-related health issues and was not keeping well. He was in the hospital earlier and had come home only recently. He died of a heart attack at his residence around 10-10.30 pm," Kaustubh told PTI.

Prime Minister Narendra Modi paid tributes to Arvind Trivedi, describing him as an "exceptional actor" who was passionate about public service.

Besides his acting career, in 1991, Arvind Trivedi was elected as a Member of Parliament from Sabarkatha constituency as a member of Bharatiya Janata Party and was in the office till 1996.

"We have lost Shri Arvind Trivedi, who was not only an exceptional actor but also was passionate about public service. For generations of Indians, he will be remembered for his work in the Ramayan TV serial. Condolences to the families and admirers of both actors. Om Shanti," the prime minister said in a tweet.

A host of celebrities, including his co-stars from "Ramayan", also took to social media and mourned Arvind Trivedi's demise.

Actor Arun Govil, the on-screen Ram from "Ramayan", remembered his co-star and dear friend as "a noble, religious and simple" person.

"Undoubtedly, he will go straight to the supreme abode and will find the company of Lord Shri Ram," Govil tweeted.

Actor Dipika Chikhalia, who essayed the role of Sita in "Ramayan", wrote, "My heartfelt condolences to his family a very fine human being #arvindtrivedi #ravan."

Actor Sunil Lahri, seen in the role of Lakshman in "Ramayan", said he was deeply saddened by the news as he has lost a dear friend and a well-wisher.

"There is very sad news for all of us. Our beloved Arvind bhai (Ravan of Ramayan) is no more with us. May his soul rest in peace. I am speechless. I lost a father figure, my guide, well wisher & gentleman."

Arvind Trivedi also served as the chief of the Central Board for Film Certification (CBFC) from 2002-2003.

"Saddened to hear the news of respected Arvind ji's death. He was a good actor and also spent a few years guiding the #CBFC. Prayers. #ArvindTrivedi#arvindtrivedi," Joshi wrote.

"Sad to know about the demise of well known theatre, tv & film actor #ArvindTrivedi ji due to massive heart attack. My heartfelt condolences to his entire family & near ones. Om Shanti," wrote filmmaker Ashok Pandit.