Here’s what has kept the Tollywood stars busy 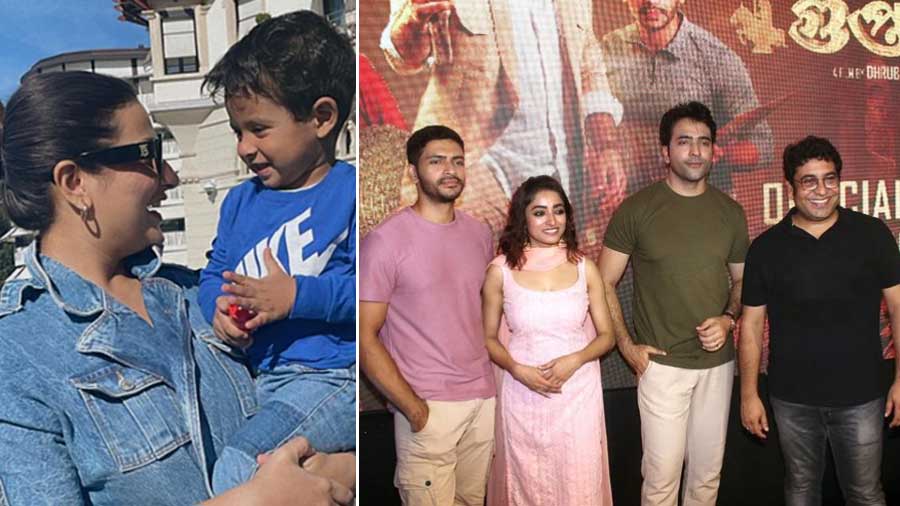 Parambrata’s directorial venture Boudi Canteen is all set to hit the theatres on September 30. Check out what the actor-director has to say about his character, Sourish, in the film.

“Happy Yuvaan day,” wrote Subhashree, with adorable photos of the mother-son duo on her son’s birthday.

Prosenjit’s next film Kacher Manush’s latest song, Mukti Dao, will be launched on September 16 and singer Sonu Nigam has a message for all.

Iman Chakraborty’s new music video, Aigiri Nandini, is out. The song has been composed by Nilanjan Ghosh and written by Saikat Chattopadhyay.

Darshana Banik’s Bangladeshi wildlife action thriller, Operation Sundarban, is set to release on September 23. The second song of the film dropped yesterday. The film is directed by Dipankar Dipon and the song has been composed by Aamlaann Chakraabarty. The film also stars Riaz Ahmed, Nusraat Faria and Siam Ahmed.

Devlina’s wedding-day photo with her grandma, whom she calls “mummum”, is all things cute on the internet today.

Denim fashion with a twist, we love Mon Kharaper Osudh actress Shreema’s outfit of the day.