Top court was hearing a plea of producer, T-series, against high court's order to stay release of movie on digital 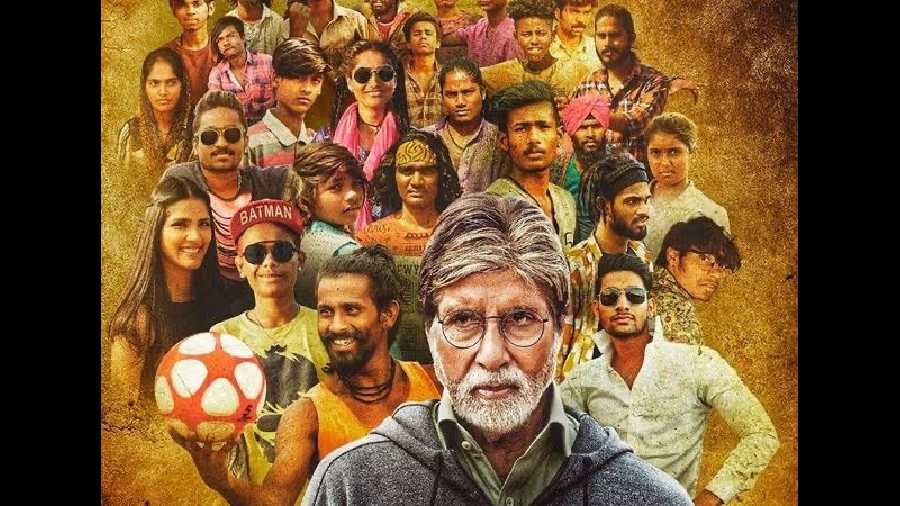 The Supreme Court Thursday refused to stop streaming of the Amitabh Bachchan starrer Hindi movie 'Jhund' on the Over the Top (OTT) platform.

A bench headed by Justice L Nageswara Rao said the order of the apex court dated May 5, 2022, would continue and directed the high court to consider the revision petition filed by Hyderabad-based filmmaker Nandi Chinni Kumar, who alleged copyright violation, immediately after the summer vacation.

"A compromise decree was passed between the parties in the trial court relating to rights of movie Jhund. Respondent no. 1 (Nandi) challenged the decree on the ground that fraud was played on him. He also filed a writ petition before the High Court which was dismissed. The trial court also dismissed the application for recall of the compromise decree... In the revision filed by the respondent, the high court ordered status quo, and this court on May 5, 2022, stayed the order passed by the high court.

"Respondent nos 1 (Nandi ) appearing in person submitted that the interim order of status quo of the high court should be continued and in the alternative, there should be a stay of release of satellite rights or else he will suffer irreparable loss. Having examined the facts of the case, we are of the considered opinion that the May 5 order is to be continued till the disposal of the revision petition. The high court is directed to consider the revision petition of the respondent immediately after the summer vacation," the bench also comprising justices B R Gavai and A S Bopanna said.

The apex court had earlier cleared the decks for the release of the movie on May 5 by staying the Telangana High Court order which had prohibited its exhibition on the OTT platform.

The top court was hearing a plea of the producer, T-series, against the high court's order to stay the release of the movie on OTT.

It was urged that the film, which was earlier released in theatres on March 4, is scheduled to be released on the OTT platform and the high court's status quo order is coming in between.

The high court, on April 29, ordered status quo concerning the release of the movie on OTT platforms in its interim order passed on the plea of Hyderabad-based filmmaker Nandi Chinni Kumar and fixed June 9 as the next date of hearing.

The plea alleged copyright violation by the makers of 'Jhund'.

'Jhund', a biographical sports film, is based on the life of Vijay Barse, founder of NGO 'Slum Soccer'.

'Anand' to be remade