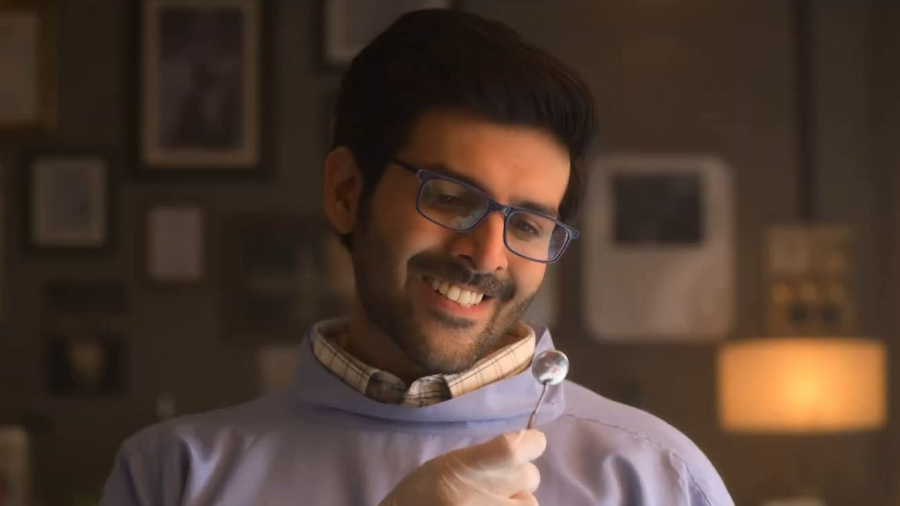 Kartik Aaryan, who plays Dr Freddy in Disney+ Hotstar’s upcoming romantic thriller Freddy, said the movie kept him awake at night as he tried to put all his focus on the movie and the character.

“I got disturbing nights because of Freddy. I tried to curtail my regular activities while shooting for Freddy so that I could focus on the film and the character. Only after the wrap, I connected with my friends and family, which helped me return to reality again,” the actor observed.

Produced by Balaji Telefilms Ltd, NH Studioz and Northern Lights Films, Freddy recounts the journey of Dr Freddy Ginwala, a shy, lonely and socially awkward person who loves playing with his miniature planes. The only friend he has is his pet turtle called Hardy.

“I dwelled in the world of Freddy while shooting the film. It was important for me to remain in that headspace and go to the set and perform,” Kartik said.

Directed by Shashanka Ghosh and starring Kartik Aaryan and Alaya F, Freddy will release on December 2 exclusively on Disney+ Hotstar.