The rise, fall and resurgence of Hrithik Roshan, 19 years after hit debut 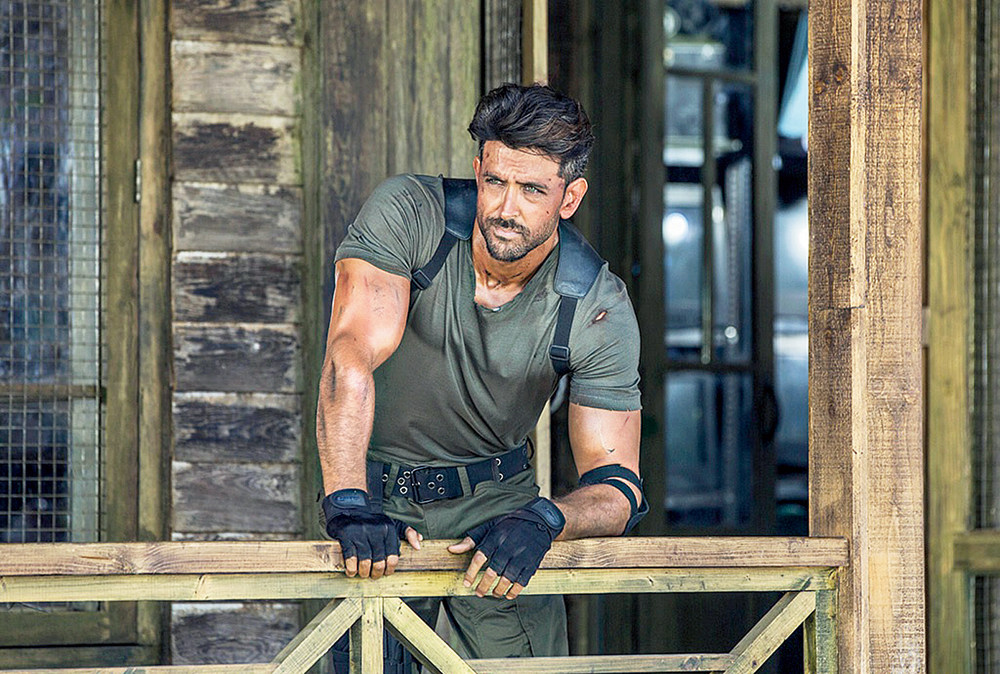 Girls swooned at Hrithik’s dance moves and boys strived to emulate the heartthrob’s fashion choices — from rimless glasses to his T-shirts.

Hrithik’s debut film as lead actor — he starred as child artiste in maternal grandfather J. Om Prakash’s Bhagwaan Dada (1986) besides other uncredited appearances earlier — was the highest-grosser of 2000 and made an estimated Rs 80 crore worldwide.

But it was not smooth sailing yet.

Even with his Adonis looks, several of Hrithik’s big-banner films did not live up to his debut’s success. Films like Fiza and Mission Kashmir, although appreciated by audiences, could just about manage average collections. Amid several flops, Karan Johar’s multi-starrer Kabhi Khushi Kabhie Gham... was Hrithik’s only blockbuster till home productions Koi... Mil Gaya (2003) and Krrish (2006) came along.

On the heels of Krrish came Dhoom 2 and fans and critics again woke up to the Greek god looks and moves of the superstar, billed in his early years as challenger to Shah Rukh Khan.

Time and again, Hrithik had had to prove his mettle through all his health, professional and personal hiccups. But that never stopped him from experimenting with roles.

If he’s had a Fiza and Mission Kashmir, he has had a Jodhaa Akbar, Agneepath and Kaabil as well.

And after a gap, 2019 has yet again mirrored the euphoria surrounding Kaho Naa... Pyaar Hai 19 years ago.

Super 30 and War — two films that couldn’t have been any more far apart in style and content — released back-to-back.

While Vikas Bahl-directed Super 30 had Hrithik turning into mathematician Anand Kumar from Patna, YRF’s War, directed by Siddharth Anand of Salaam Namaste fame, brought us Hrithik as the intense and mysterious Kabir Luthra.

War has garnered over Rs 300 crore at the box office, making it the biggest hit of the year.

Siddharth, who directed Hrithik in Bang Bang as well, said ahead of War’s release last month: “I have worked with Hrithik earlier and he is ready for anything. In Shimla we made him jump from heights and made him fly-board. He is very practical and committed. He pays a lot of attention to the script. He is very committed as if it’s his own film.

“He has given a lot of variety at the box office. There is no ego at all. He has proved himself at the box office with Super 30 this year and any successful film at the box office becomes a pattern to develop a fair amount of love for the star. The audience would love to watch his film in the theatres.”

Following his renewed success this year, sources said Hrithik has gone on to raise his fees. While there are numerous guesses doing the rounds, trade analysts say the actor has hiked his fees by 10 per cent.

Soon after War’s release Hrithik announced work will soon begin on the fourth instalment of Krrish that was put on the back-burner because of Rakesh Roshan’s health. Speculation had also been rife that Hrithik would take up Amitabh Bachchan’s role from the Satte Pe Satta remake to be helmed by Farah Khan. But he clarified that the remake “is something I am considering but it is not official”.