In all the roles I’ve played so far, in my mind, there are parts I feel I could have played differently: Isla Fisher 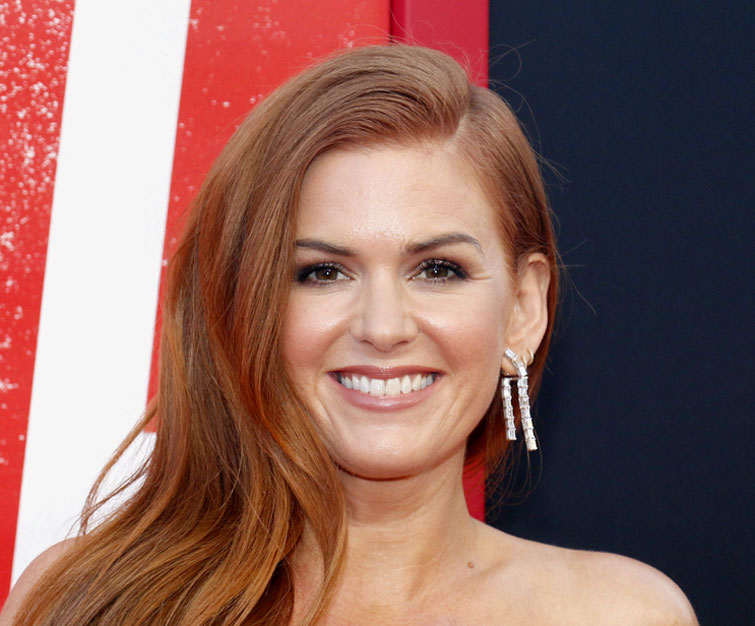 The Great Gatsby to Nocturnal Animals, Wedding Crashers to Confessions of a Shopaholic, she’s been a part of some noteworthy films. Actress Isla Fisher turned 43 on Sunday and Sony PIX marked the occasion by playing some of her movies. The Telegraph caught up for a phone chat with the effervescent actress.

Belated birthday wishes! What did you do this year?

We had game night at my house. I had about 30 friends over and played charades and lots of other fun games.

You’ve been in the business for more than two decades now. If you had to prepare a show reel of your three best performances, which would they be?

It’s hard to be objective about one’s own work, but I will pick the ones I have got awards for. I got an award for The Great Gatsby. I was also nominated for Best Supporting Actress for the film for an award which is considered the Australian equivalent of the Oscars. I also won an award for my role in Wedding Crashers, but the one role that people like me the most in is that of Katy in Bachelorette. And of course, there’s Nocturnal Animals… people like me a lot in that.

Over the last few years, you’ve dabbled in various genres. What’s been a favourite?

It’s comedy. I always like tapping into my inner funny self. I don’t think I have ever done the fantasy thriller genre and so my resolution going forward is to attempt something in this genre.

Is there a role of yours you wish you could have played differently?

In all the roles I’ve played so far, in my mind, there are parts I feel I could have played differently. But then I am a bit of a perfectionist when it comes to my work, so I am always asking the director, ‘Please! Can I have one more take?’. But, of course, at the end of the day, it’s the director’s definitive vision and not mine. Someone writes the words and the director directs it and I am the person hired to say the lines.

Is there a part you have always wanted to play?

When I was younger, I would have probably liked to play Juliet in Romeo & Juliet.

If you had to pick a film of yours to show your kids, which one would it be?

Because of my children’s ages, I would probably show them Scooby Doo, which is the only age appropriate film for them. Oh, I could also show them Rango, which is an animated film I made with Johnny Depp. Or Rise of the Guardians, which is another animated film I made with Chris Pine, Hugh Jackman and a whole bunch of people. I will definitely not make them see films like Nocturnal Animals and Bachelorette till they are 21.

How do you pick and choose your roles?

First of all, I see whether I can do a good job with the role. I also take into consideration the location and the director. First is the director, then is location and finally the character. Even if the character is not very big or significant but the director is good, you will always find something to work with. I also look at if the location is acceptable and the kids can come along. Sometimes, they shoot films in places which are beautiful for a one-week holiday, but you wouldn’t want to stay there for three months.

You’ve voiced a host of animated characters. Do these voice jobs help in enhancing your skills as an actor?

I think so. That’s because you are using your voice to provide emotions to a cartoon character, and you, as an actor, experience the same emotions; it’s just that the end product is different. I think it’s a lot of fun doing animation because you get to play around with different accents. We shot Rango like a play and then the animated characters were given our features.

How is it like being married to Sacha Baron Cohen, who is considered to be one of the funniest guys in the business?

Well, I am not married to anyone else, so I don’t have a comparison! (Laughs) But I’m happy.

Have you ever been to India?

India is the one place which is at the top of my list. Right before Sacha and I got pregnant with our first child, we had an entire itinerary for India — we were starting at Kerala and then were going to Rajasthan and Delhi…. We booked everything and we were so excited and literally a day before we were supposed to fly, we found out I was pregnant! We had to cancel our trip and we haven’t been able to go after that, but we would love to.